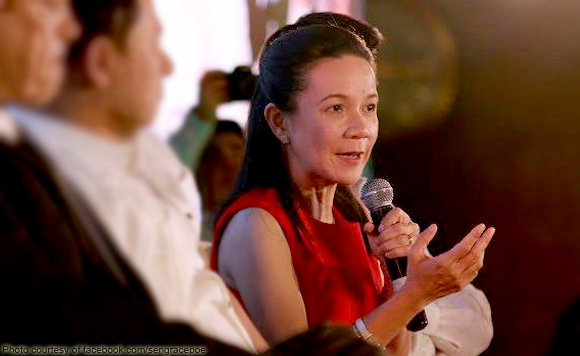 Poe, who is running for senator as independent next year, “wholeheartedly” endorsed the gubernatorial bid of Agnes Magpale (incumbent vice-governor) and her running mate Hilario Davide III (current governor), as well as Ramon “Red” Durano VI for congressman of Cebu’s 5th district and other candidates of the local political party.

“I just wanted to say that it’s important for us to be able to look up to people and to be able to admire individuals with integrity and also with the passion to serve,” said Poe at the gathering of representatives and candidates from at least 10 cities and municipalities at the Danao Civic and Cultural Center in Danao City, Cebu.

Poe led the presentation of Bakud party’s candidates for local polls next year. She also witnessed the signing of a memorandum of agreement between Bakud and the Nationalist People’s Coalition (NPC) held at the Durano residence.

Poe thanked local officials and candidates running under Bakud local party for their support and endorsement.

“I’m very proud to say that the NPC and Bakud provided us with wholehearted support. That is such an honor to us,” Poe said.

Bakud, one of the coalition allies of NPC at the local level, threw support behind Poe when she ran for president in the 2016 elections.