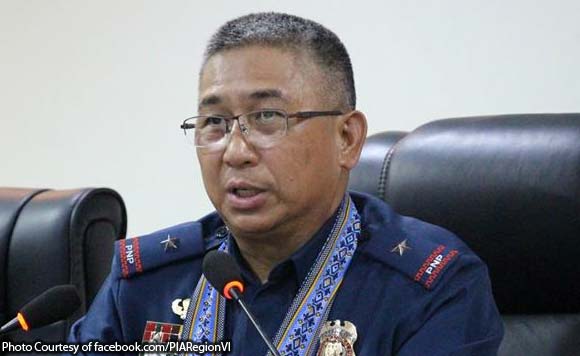 Western Visayas police head Chief Superintendent John Bulalacao said these politicians include both incumbent and those running for office.

He said that while they are still validating the information, he has received a tip that at least one congressman “has been reported in close coordination with the NPAs.”

While Bulalacao did not name the congressman, he described the solon as a male who is campaigning for a mayoralty position.

“He is campaigning for a mayoralty position but I don’t want to reveal his name yet because we are validating this report,” he said.

In the meantime, Bulalacao said they have a list of mayors who are reported to be engaging the NPAs help in their campaign.

He warned these politicians against engaging the services of the NPAs and PAGs for their political ends.

Bulalacao added he is confident voters are circumspect enough to junk politicians who employ goons, guns, and gold in their political activities.

“The fact that they are cooperating and coordinating with the NPAs is wrong because they are giving strength to the local terrorists,” he added.

Citing information, he said NPAs could ask for P500,000 from a local candidate in exchange for a permit to campaign to allow access to perceived rebel strongholds.

The NPAs are also asking for permit to win (PTW) fees from candidates, he added.

“I have seen some letters. But we’re still validating the senders. Anybody can produce the PTCs. We have to confirm the source,” he said.

Most of these PTC letters were allegedly circulating in areas under the NPA’s Central Front Committee, or those towns belonging to Central Panay.

Desoyo said they would still further strengthen their focused military operations, especially in the hinterland areas.