PNP watches politikos with guns, gold and goons in WV 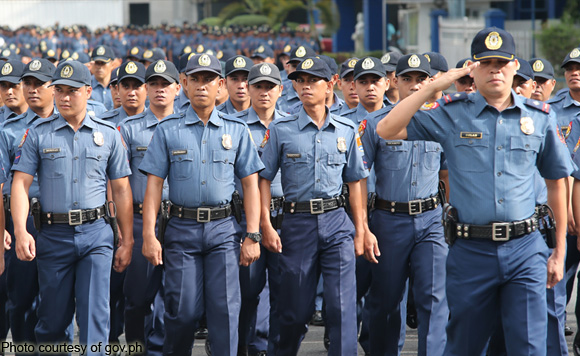 0 307
Share
Want more POLITIKO News? Get the latest newsfeed here. We publish dozens and dozens of politics-only news stories every hour. Click here to get to know more about your politiko - from trivial to crucial. it's our commitment to tell their stories. We follow your favorite POLITIKO like they are rockstars. If you are the politiko, always remember, your side is always our story. Read more. Find out more. Get the latest news here before it spreads on social media. Follow and bookmark this link. https://goo.gl/SvY8Kr

Police in Western Visayas are keeping watch over politicians with goons or private armed groups, based on tips sent via text messages.

“These are yet to be validated but we will keep an eye on these politicians who were tagged to be employing goons,” Bulalacao said.

He added he received persistent information about these PAGs’ presence through text messages.

Once it confirms the information, Bulalacao said they will not hesitate to take legal and police action against them.

This means tougher and more coordinated operations against gun-for-hire groups and owners of loose firearms who could end up as PAG members or security escorts of candidates.

Also, he said this would include more aggressive stance against loose firearms and gun-for-hire groups.

Before the election period in late 2018, the PRO-6 said it has monitored five PAGs in the region.