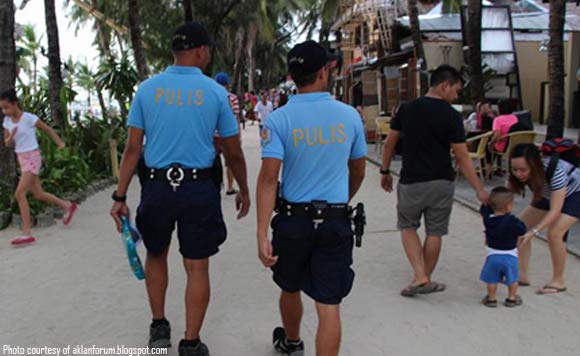 Police in Western Visayas have formed an interim task force to maintain the peace and thwart terrorism in Boracay Island in Malay town in Aklan province.

Dubbed the Metro Boracay Task Force, the new unit is tasked to guard the entry and exit points of the island, the Police Regional Office 6 said.

PRO-6 spokesperson Superintendent Gilbert Gorero said that while there is no imminent threat to the area, they do not want “terrorism” in Mindanao to spill over.

Also, he said the task force will secure as well the entire Panay Island against insurgency and even illegal drugs (https://thedailyguardian.net/local-news/pro-6-creates-boracay-task-force/).

The areas covered by the task force include the seashores of Malay, Nabas, and Buruanga towns.

Gorero noted these areas could be used to sneak in contraband via Roll On-Roll Off vessels.

He said the RORO vessels go to and from Metro Manila.

Under the task force’s setup, PRO-6 will deploy at least three platoons of policemen to guard areas outside the Boracay mainland.

The members would be under the administrative and operational command of the Aklan Police Provincial Office.

Meanwhile, the task force can tap other law enforcement agencies such as the PNP Maritime Group, Philippine Navy, and the Philippine Coast Guard.