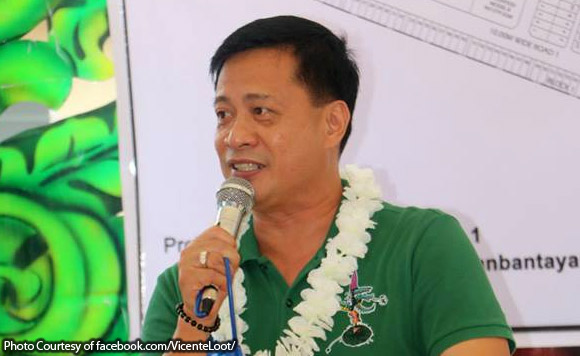 0 1,611
Share
Want more POLITIKO News? Get the latest newsfeed here. We publish dozens and dozens of politics-only news stories every hour. Click here to get to know more about your politiko - from trivial to crucial. it's our commitment to tell their stories. We follow your favorite POLITIKO like they are rockstars. If you are the politiko, always remember, your side is always our story. Read more. Find out more. Get the latest news here before it spreads on social media. Follow and bookmark this link. https://goo.gl/SvY8Kr

The Philippine Military Academy (PMA) Sandigan Class of 1982 has denounced the recent slay attempt on one of its members, former police general and now incumbent Daanbantayan, Cebu Mayor Vicente Loot.

The Philippine Military Academy Sandigan ’82 Association Inc. (PSAI) expressed their strong condemnation of the attack on Loot in a statement dated May 15 but released to the Cebu media on Wednesday.

“The PSAI denounces in no uncertain terms this cowardly attack on their constitutionally protected rights and the safety of one of their members (Loot) and his family,” the statement said.

Last Sunday, around five men armed with M-16 assault rifles sprayed bullets on Loot and his family upon their arrival at the New Maya Port in Daanbantayan from a vacation in Malapascua Island.

Loot and his family were unharmed, but his two drivers and nanny of his grandchild were seriously wounded.

Although they were unscathed, the PSAI said the assault in broad daylight and on the eve of the barangay and Sangguniang Kabataan elections has “traumatized” the Loot family for life.

“This defiant display of armed aggression when the gun ban is strictly imposed by the PNP (Philippine National Police) cannot be countenanced as it is an affront to peace-loving citizens about to participate in the democratic process of selecting their barangay elective officials,” said PSAI.

The PMA Sandigan Class ’82 also appealed to authorities to intensely investigate the incident and bring “swift justice” to Loot and his family.

“We appeal to the leadership of the Philippine National Police and the National Bureau of Investigation to conduct an honest to goodness and unrelenting investigation on this incident, and to leave no stone unturned until the solution of the crime is accomplished. This is the only way by which our people can be assured of a peaceful community to live in,” the PSAI said.

The PSAI statement was signed in Makati City reportedly by more or less 100 retired generals and officers of the Armed Forces of the Philippines (AFP) and PNP together with their honorary members.

Loot was named by President Rodrigo Duterte last year as one of the five police generals involved in drugs. (PNA)