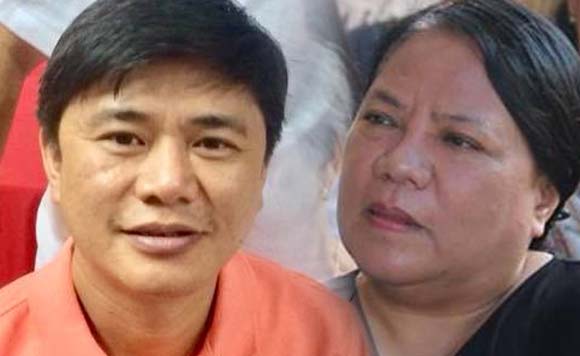 This, after Maria Victoria spoke against Duterte following the release of a new list of government officials, including Mabilog, with alleged links to the illegal drug trade.

“It’s just a natural instinct for a caring and loving wife to defend her husband at all costs. But if I were in Mrs. Mabilog shoes, I would opt to keep and maintain a low-profile stance. Because the more she rants, the more she fuels the president’s anger,” Nava wrote on Facebook.

He reminded Mabilog’s wife that Duterte can order the cancellation of the ex-politiko’s Philippine passport any time.

“If it happens, Jed can be deported back to the country. Or he can be extradited unless he is in Canada where the Philippines has no extradition treaty. At this point in time, the only way to at least soothe the president’s anger is for Mrs. Mabilog to know when to stop ranting. Otherwise, Jed will further sink into oblivion,” according to him.

But, the vice mayoral candidate said he admires the courage of Mrs. Mabilog to criticize Duterte despite her husband’s predicament.

“Nobody can blame the city’s former First Lady’s intense reaction and ranting after her husband ex Mayor Jed Mabilog is, for the nth time, publicly ridiculed and accused as ‘drug protector’,” he added.

Mayors order flags to fly at half-mast for COVID frontliners