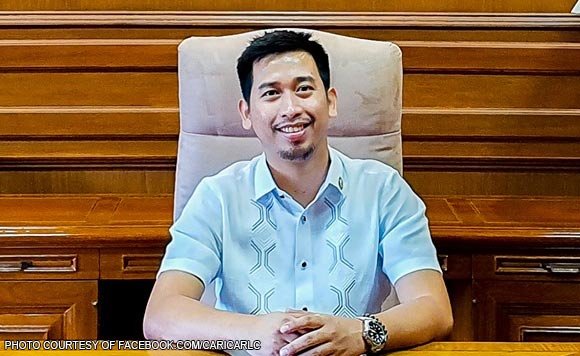 0 658
Share
Want more POLITIKO News? Get the latest newsfeed here. We publish dozens and dozens of politics-only news stories every hour. Click here to get to know more about your politiko - from trivial to crucial. it's our commitment to tell their stories. We follow your favorite POLITIKO like they are rockstars. If you are the politiko, always remember, your side is always our story. Read more. Find out more. Get the latest news here before it spreads on social media. Follow and bookmark this link. https://goo.gl/SvY8Kr

A resolution was filed in the House of Representatives commending and congratulating a student from Leyte for being chosen as one of the 38 extraordinary students of Massachusetts Institute of Technology (MIT).

MIT is ranked first in the World University Rankings, earning a score of 100 based on diverse factors including academic reputation and faculty and student performance.

Andales moved to the United States in 2019 on a scholarship to study physics at MIT.

The MIT School of Humanities, Arts and Social Sciences announced recently that 38 sophomores and junior students have been named 2021 Buchard Scholars, which includes Andales.

Buchard Scholars are an exceptional group of MIT undergraduates who have demonstrated an interest in and aptitude for the humanities, social sciences, and arts.

“Whereas, Hillary Diane Andales’ commendation and distinction demonstrate that Filipino students can compete with proper training, if not outperform their foreign counterpart,” the resolution read.

Andales gained international attention with her award-winning video explanation of Einstein’s Theory of Relativity, beating 11,000 other entries from 178 countries in the 2017 Breakthrough Junior Challenge Award.

She was the first Filipino to receive such award, which was established by Facebook founder and CEO Mark Zuckerberg and his wife Priscilla Chan in collaboration with Serye Brin and Anne Wojcicki, Yuri and Julia Miler.

Continue Reading
0 658
Share
Politiko would love to hear your views on this...
More Stories