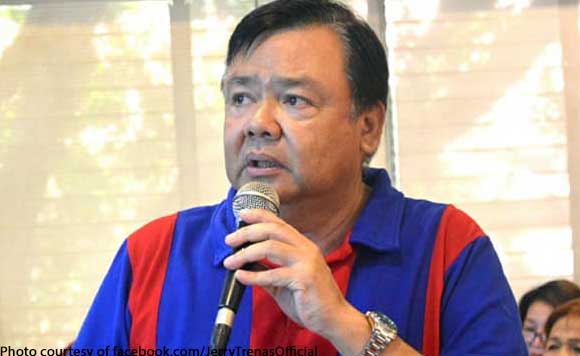 0 847
Share
Want more POLITIKO News? Get the latest newsfeed here. We publish dozens and dozens of politics-only news stories every hour. Click here to get to know more about your politiko - from trivial to crucial. it's our commitment to tell their stories. We follow your favorite POLITIKO like they are rockstars. If you are the politiko, always remember, your side is always our story. Read more. Find out more. Get the latest news here before it spreads on social media. Follow and bookmark this link. https://goo.gl/SvY8Kr

Iloilo City Rep. Jerry Treñas took a beating from Dr. Pacita Gonzalez during Saturday’s candidates’ forum organized by Aksyon Radyo Iloilo and the University of the Philippines Visayas on Saturday.

They are both running for the mayoral post in the May midterm election.

“What kind of public service can you give when you have many cases before the Ombudsman?” Gonzalez said in a Panay News article, referring to the graft case filed before the Sandiganbayan against Treñas.

In a raised voice, Treñas, who seemingly lost his composure, defended himself saying that he did not steal the money allocated by Senator Loren Legarda to the Iloilo Press Club in 2003.

The wife of the late Justice Secretary Raul Gonzalez Sr. also cited the Commission on Audit report on the city government’s handling of funds during Treñas’ term as mayor, noting that his administration has P8 billion in unliquidated funds.

Treñas and Gonzalez were formerly allies, who cut ties in 2010 when the then city mayor ran against Gonzalez’s son, then reelectionist congressman Raul Gonzalez Jr.