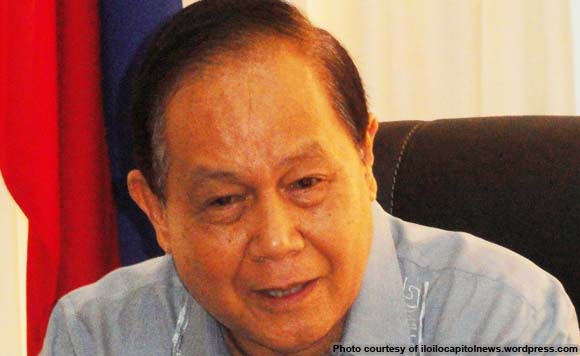 An unknown peanut butter businessman has filed his candidacy at the local office of the Commission on Elections (Comelec) on October 12, saying he wants to replace Defensor in the Capitol.

Diopito Gonzales, 50, of Binalud, Alimodian, vowed to bring positive reforms to the provincial government. He is running as an independent candidate.

“I want to change the system of governance in the Philippines,” he said in a Panay News article, lamenting that in the previous elections, money dictated who wins.

Gonzales has been running, and losing, for various local elective posts in the past elections.

He previously run for vice mayor and member of Sangguniang Bayan of Alimodian town, and twice for representative of the 2nd District.

Defensor, the Liberal Party provincial chair, has yet to file his certificate of candidacy for his third and last term.