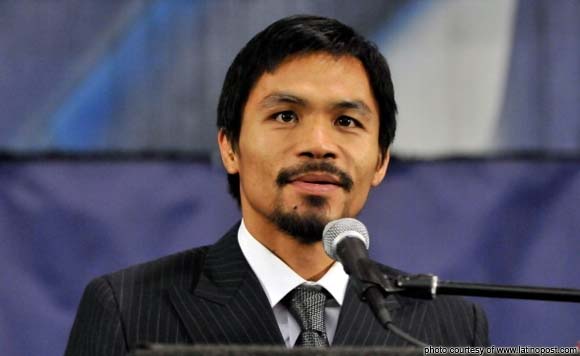 An enraged Pacquiao condemned the extortion racket of several airport personnel, saying this puts the country in bad light, particularly in the international community.

“I strongly condemn the laglag-bala extortion racket,” Pacquiao, vice chairman of the House committee on overseas workers affairs, said in a statement published in the Philippine Star.

“These activities are destroying the image of the country and the reputation of innocent victims,” he added.

Pacquiao announced that anyone who was victimized by such illegal activity may call or text lawyer Jojo Bondoc at 0920-9211162.

The Sarangani lawmaker urged Malacañang to take swift and concrete steps in addressing these incidents.

The latest such incident was the one involving Hong Kong-bound OFW Gloria Ortinez, which was even reported in the British Broadcasting Corp. (BBC) in London.

Airport personnel are allegedly behind the scheme, discreetly planting bullets in a passenger’s baggage as it goes through the X-ray machine.

Once apprehended, the innocent victim will end up shelling out as little as P500 or roughly $12 in exchange for his or her freedom.

“We will make the people behind this scheme accountable so they are not emulated,” Pacquiao said.