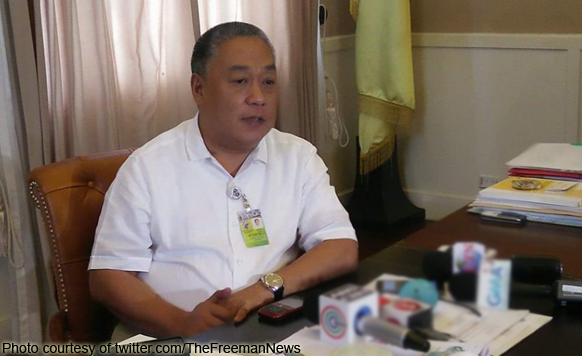 0 341
Share
Want more POLITIKO News? Get the latest newsfeed here. We publish dozens and dozens of politics-only news stories every hour. Click here to get to know more about your politiko - from trivial to crucial. it's our commitment to tell their stories. We follow your favorite POLITIKO like they are rockstars. If you are the politiko, always remember, your side is always our story. Read more. Find out more. Get the latest news here before it spreads on social media. Follow and bookmark this link. https://goo.gl/SvY8Kr

Cebu Governor Hilario Davide III expressed disappointment over the behavior of Senators Antonio Trillanes IV and Alan Peter Cayetano during the resumption of the Senate inquiry into the alleged extrajudicial killings in the government’s war on drugs last Thursday.

“For me, they are being childish already,” Davide said as he described the argument between Trillanes and Cayetano over the time slot during the hearing.

At the hearing, Trillanes chided Cayetano for supposed “unli-questioning” in grilling key witness Edgar Matobato although the senator was not a member of the committee.

Under the rules of the committee, each senator is given 10 minutes to ask questions.

Cayetano, a Duterte ally, insisted his right to ask questions as a duly elected senator. He also complained why he was being barred from questioning when he used to spend three hours with Trillanes in grilling resource persons during last year’s Senate probe into the corruption allegations against former Vice President Jejomar Binay.

Cayetano and Trillanes are both members of the Nacionalista Party.

Davide said the two should have at least observed proper decorum at the Senate inquiry.

“I think their actions are out of context and irrelevant,” he added.