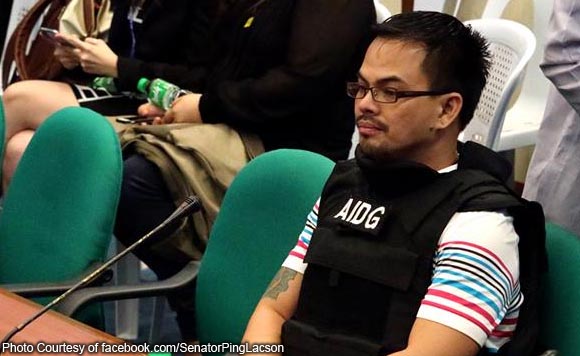 0 334
Share
Want more POLITIKO News? Get the latest newsfeed here. We publish dozens and dozens of politics-only news stories every hour. Click here to get to know more about your politiko - from trivial to crucial. it's our commitment to tell their stories. We follow your favorite POLITIKO like they are rockstars. If you are the politiko, always remember, your side is always our story. Read more. Find out more. Get the latest news here before it spreads on social media. Follow and bookmark this link. https://goo.gl/SvY8Kr

Raymund Mecate, DOJ Undersecretary for the NBI, said Espinosa was officially turned over to the bureau around 11:30 p.m. December 14.

This was confirmed by NBI spokesperson Ferdinand Lavin said Espinosa was subjected to medical examination as part of standard operating procedure.

“He (Espinosa) is in stable condition and has no subjective complaint,” he said.

Charges of possession of illegal drugs and firearms were filed against Espinosa by the authorities before a court in Leyte.

He was earlier arrested in Abu Dhabi by Philippine authorities.