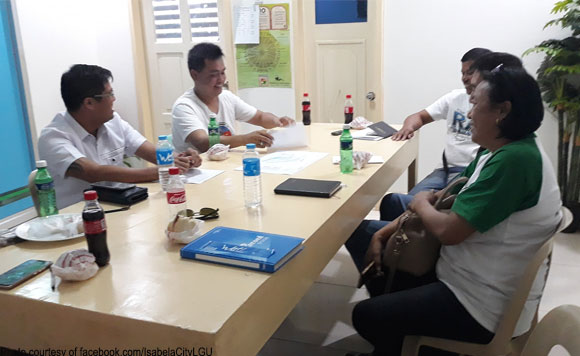 0 274
Share
Want more POLITIKO News? Get the latest newsfeed here. We publish dozens and dozens of politics-only news stories every hour. Click here to get to know more about your politiko - from trivial to crucial. it's our commitment to tell their stories. We follow your favorite POLITIKO like they are rockstars. If you are the politiko, always remember, your side is always our story. Read more. Find out more. Get the latest news here before it spreads on social media. Follow and bookmark this link. https://goo.gl/SvY8Kr

The city government of Isabela in Basilan is eyeing to construct an anti-drug abuse reformatory center.

The local government said the members of the Isabela City Anti Drug Abuse Council (CADAC) recently met to finalize the plans for the groundbreaking of the center, also known as the “Balay Silangan,” to be constructed at Lantung in Barangay Baluno.

“This LGU-owned and operated facility will be a major aspect of Isabela City’s Community-based Rehabilitation Program (CBRP) previously approved in 2016,” it said.

According to the local government, Balay Silangan purposely targets individuals who have availed of the government’s #OplanTokhang Anti Drug Abuse Campaign as “surrenderers” but who are classified as “drug pushers.”

These surrenderers will undergo a holistic, multi-intervention reformation program before they will be returned to their respective communities.