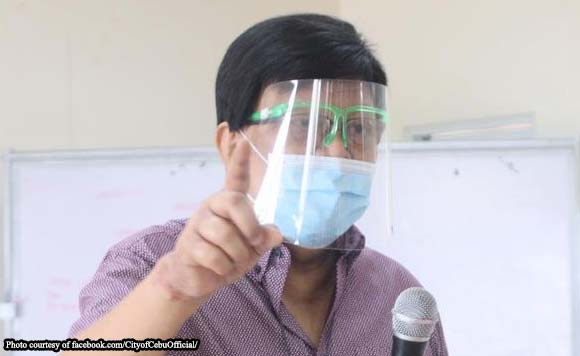 CEBU CITY – To help solve the perennial flooding problem in this capital city without “drastic legal actions”, Mayor Edgardo Labella on Monday offered an “engineering solution” to owners of structures that are blocking the waterways.

In a meeting with the owners Monday, Labella appealed “to their sense of corporate social responsibility and civic duty” to voluntarily remove the structures that are obstructing the rivers, canals, and esteros (estuaries) as part of the engineering measures.

Office of the Building Official head, Architect Florante Catalan, presented 83 structures – both commercial and residential – that are considered to be nuisance and are needed to be demolished due to violation of the law on easement.

“These are really structures that obstructed the waterways. But (in our) initial findings, these were built in (the year) the 70s, 80s, and 90s, that’s why we will give them the challenge to work with us,” Labella said in a press conference on the sidelines of the meeting.

He said that “instead of immediately instituting drastic legal action”, the building owners need to work with the city in removing the obstructions.

Meanwhile, Labella announced that he is forming an ad hoc committee that will oversee the engineering solutions laid down by the city government.

City Legal Officer Rey Gealon reminded structure owners of the provisions of the Civil Code which states that “banks of rivers and streams, even in case they are of private ownership, are subject throughout their entire length and within a zone of three meters along their margins, to the easement of public use in the general interest of navigation, floatage, fishing, and salvage”.

He also reminded them of the provisions of Presidential Decree 1067, otherwise known as the Water Code of the Philippines, that instituted setbacks of three meters from the margin of the riverbanks which are supposed to be danger zones.

Structures constructed in violation of those provisions of the law may be considered a nuisance and the city may call for their abatement, Gealon said.

The city, Gealon added, will be constrained to assert the National Building Code against those structures found obstructing the waterways and causing flooding in the nearby neighborhood.

Labella said he is giving the building owners a “reasonable time” to remove the obstructions.

“So far there is no resistance (from the building owners). In fact, their representatives manifested to comply,” the mayor said. (PNA)