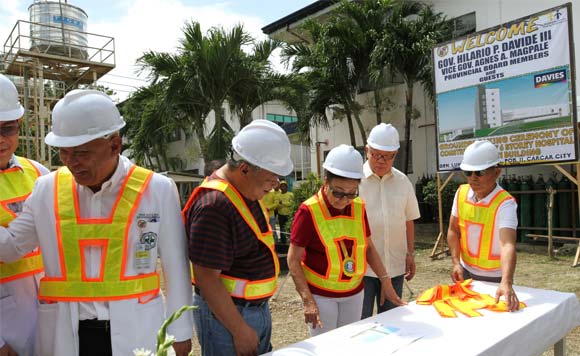 A P111.5-million six-story building will soon benefit patients referred to the Provincial Hospital in Carcar City in Cebu.

Once completed, the new building will increase the CPH-Carcar’s bed capacity from 50 to 150 beds.

The new building is among the expansion projects initiated by the Provincial Health Office (PHO) for the four provincial hospitals.

Construction of the building is scheduled for completion in 370 days.

PHO head Dr. Rene Catan said the CPH-Carcar is currently providing services to 250 people every month, both admitted and outpatients.

Catan noted services of all Capitol-run hospitals are free regardless of the patient’s economic status.

This will lay the groundwork for the Universal Healthcare Law with where Cebu was picked as a pilot area for its implementation.

The bill is now in Malacañang awaiting approval by President Rodrigo Duterte.

Meanwhile, Davide and Magpale led the distribution of P2.4 million in cash gifts to barangay workers in Sibonga and Carcar.

NegOcc residents stranded in Cebu will be allowed to return…