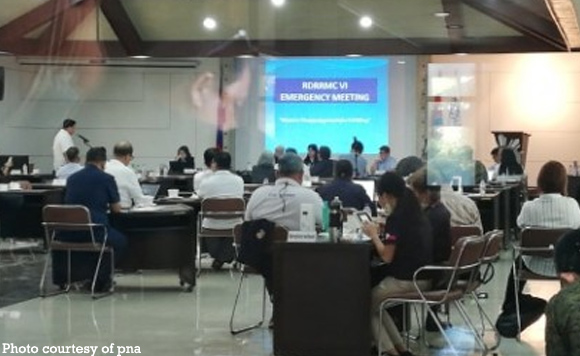 0 558
Share
Want more POLITIKO News? Get the latest newsfeed here. We publish dozens and dozens of politics-only news stories every hour. Click here to get to know more about your politiko - from trivial to crucial. it's our commitment to tell their stories. We follow your favorite POLITIKO like they are rockstars. If you are the politiko, always remember, your side is always our story. Read more. Find out more. Get the latest news here before it spreads on social media. Follow and bookmark this link. https://goo.gl/SvY8Kr

Starting April 1, the island of Panay will be under an island-wide quarantine in effort to prevent potential coronavirus spread.

The provincial governments of Iloilo, Antique, Aklan, and Capiz agreed to harmonize the border restrictions they separately imposed beginning yesterday.

The nearby island province of Guimaras will also be quarantined.

The Panay-wide quarantine until April 14 was agreed during yesterday’s emergency meeting of the Regional Disaster Risk Reduction and Management Council (RDRRMC) headed by Director Jose Roberto Nuñez of the Office of Civil Defense Region 6. (https://bit.ly/2IZQxFL)

The unified rules and regulations for the border restrictions would be released before April 1, said Nuñez.

For the meantime, each provincial government would be observing the restrictions they imposed beginning yesterday until March 31, he added.

According to him, this period would be enough for persons under monitoring in the provinces to have been cleared.

It was also agreed that the people of Iloilo City and Guimaras could freely cross the Iloilo Straight but that Guimaras should close its backdoor to block the entry of people from Negros Island, which had one positive Covid-19 case in Negros Oriental. The patient died on Sunday.