From Panay to Negros: Construction of longest bridge in PH to start soon 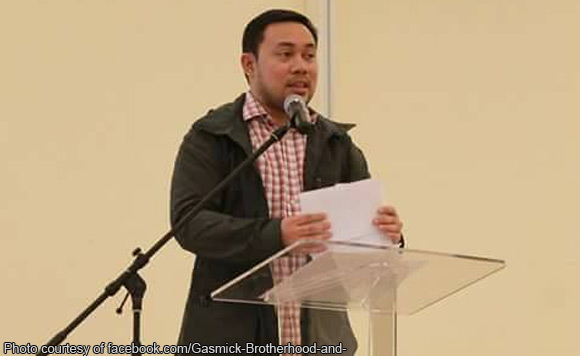 0 693
Share
Want more POLITIKO News? Get the latest newsfeed here. We publish dozens and dozens of politics-only news stories every hour. Click here to get to know more about your politiko - from trivial to crucial. it's our commitment to tell their stories. We follow your favorite POLITIKO like they are rockstars. If you are the politiko, always remember, your side is always our story. Read more. Find out more. Get the latest news here before it spreads on social media. Follow and bookmark this link. https://goo.gl/SvY8Kr

Preparations are underway for the construction of the longest bridge in the country, the proposed Panay-Guimaras-Negros bridge.

Secretary Mark Villar of the Department of Public Works and Highways (DPWH) announced on Saturday that a team will be coming to Iloilo this month to start the plans for the construction of the bridge.

Villar was in Iloilo City Saturday to lead the inauguration of the PHP134.91-million Nabitasan-San Rafael by-pass road and the PHP40.2-million Iloilo River Esplanade-Phase 3.

In a media interview, Villar explained that technical studies to be conducted had to be thorough considering that it will be a 19-kilometer bridge and one of the largest projects in the country.

Villar noted the longest bridge in the country today is only two kilometers long. He is hoping they could finish the studies and plans and submit them to the National Economic Development Authority (NEDA) by 2018 for approval.

“Maybe, hopefully, by next year, we could procure the project and we could start by last quarter of next year,” he said.

Meanwhile, Villar said that funding for the project will possibly be through the Official Development Assistance (ODA). He said that they are waiting for the Department of Finance (DOF) for the funding plan.

“The Department of Finance will decide as to where they will get the budget. We in the DPWH will focus on the implementation,” he said.

During the launching of the Philippine Development Plan (PDP) ‎‎2017-2022 last month in this city, NEDA in Western Visayas said the Panay-Guimaras-Negros bridge is included in the “Build, Build, Build” project of the administration of President Rodrigo Duterte.

The budget needed for the bridge is PHP27 billion according to NEDA-6.

Villar said the project will push through under the Duterte administration.

Aside from the bridge, Villar assured that more iconic projects will be constructed in Iloilo, a place he described as “close to my heart” as his grandfather is from Cabatuan town.

He said that major projects will be constructed, road widening projects to continue, and the River Esplanade will be continuously developed.

The DPWH chief lauded the booming economy of Iloilo because of the investment made in infrastructure projects here.

“This is something we can replicate all across the country,” he said.
He also credited these projects to Senator Franklin M. Drilon and local officials of Iloilo including Governor Arthur Defensor Sr., Mayor Jed Patrick Mabilog and Rep. Jerry Treńas. (PNA)