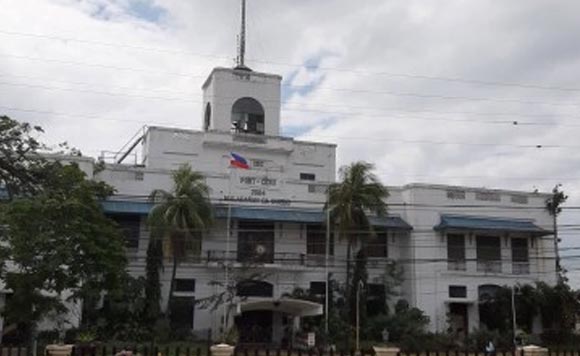 The historic Cebu customs house converted into “Malacañang sa Sugbo” at Pier 1 will soon be back to its original state after officials from the Office of the President conducted an inspection prior to its turnover to the Bureau of Customs (BOC).

BOC-Cebu Deputy Collector Administration Shirley Abarintos said customs employees in Cebu are happy that they can go back to their old customs clearing house soon.

Emmanuel Daez, director of Assets Management Office (AMO) and Edgardo Torres, director of the Engineering Office in Malacañang, conducted an inventory on the movable properties remaining inside the “Malacañang sa Sugbo”, and accounted for at least 300 of them.

According to Abarintos, Daez visited Customs Collector Elvira Cruz on Tuesday afternoon to inform them of the result of their inventory.

“We were happy to learn from AMO of Malacañang that they are readying the building for turnover to us. We will soon be holding office in that old customs house,” Abarintos told the Philippine News Agency (PNA) in an interview.

While the team from AMO was still conducting the inventory, BOC-Cebu was looking for “a consultant who can help us determine how much will it take to retrofit the building, considering the extent of its damage” after it was abandoned in 2010, she said.

“Even if the repair of the old customs building will have a cost higher than constructing a new one, we are still determined to conduct such repair if only to preserve its elegance and grandeur,” Abarintos said. “Such a building has a historical and sentimental value for the Cebuanos, being one of the oldest buildings existing in the island nowadays.”

She said the old BOC building is situated in a heritage corridor in Cebu City and is co-located with the historical Fort San Pedro, Plaza Independencia, along with other historical sites around it like the Basilica Minore del Sto. Niño de Cebu and the Casa Gorordo. It is also near the Cebu City Hall.

Currently, the old customs building is under the management of Internal House Affairs Office (IHAO) of the Office of the President after former President Gloria Arroyo converted it into “Malacañang sa Sugbo” in 2004 and transferred the customs district office to a nearby Dating Daan building near the Philippine Postal Corporation.

However, its ownership and occupancy was reverted to BOC after President Rodrigo Duterte approved the request of then Customs Commissioner Isidro Lapeña, now chief of the Technical Education and Skills Development Authority (TESDA) in October of 2018.

The terminal building, which is managed by the Cebu Port Authority (CPA), was declared by the Office of the Building Official (OBO) of the City Government of Cebu, as unfit for occupancy because of two earthquakes that struck the city.

Former BOC-Cebu collector Ma. Lourdes Mangaoang, who now heads the X-ray Inspection Project (XIP) central office in Manila, requested the transfer of the agency to another office, but they failed to find a suitable space. (PNA)