Paano mo sisirain ang matagal ng sira? Barbers laughs off Pichay claims that he is out to destroy politiko 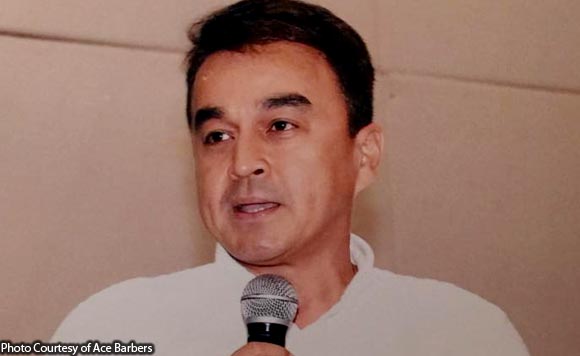 Surigao Del Norte 2nd District Rep. Robert “Ace” Barbers laughed off claims that he is out to destroy Surigao Del Sur 1st District Rep. Prospero Pichay whom he wants investigated for various infractions of the anti-graft law and other criminal offenses.

“Nobody is doing anything to smear Mr. Pichay’s reputation. You can all dig into to the numerous administrative and criminal cases that have been filed against him in the past in various courts. Just Google his name and you all will find out that he himself, not anybody, had openly and brazenly smeared his own name and reputation,” the politiko stressed.

Barbers on Tuesday, November 15, filed charges of unethical behavior before the House Ethics committee against Surigao Del Sur lawmaker for willful violation of the anti-graft law and the constitution, abuse of authority, inappropriate behavior, conflict of interest and conduct unbecoming of a public official, for muscling his way into stealing the business identity, theft of minerals and profiting at least P86 million from a suspended mining firm in Claver, Surigao Del Norte.

Barbers said it is not tolerable for a congressman to pursue his conflicting financial interests with the government while discharging his public duties.

“Mr. Pichay clearly falls in this category and, in the eyes of the public, he does not creditably reflect the good name and reputation of this august Chamber,” he said.

As to Pichay’s claim that Barbers’ anger is politically motivated because Pichay caused his losses in the past elections, the Surigao Del Norte lawmaker said the former “must be hallucinating”.

“He wants to project that he is a kingpin in my province. How can that be when he is not even a kingpin in his own province? Besides, I challenge him, if he is man enough, to take residence in my district and run against me next elections so that he can prove what he is saying. The Matugases and Romarates have been politicians in my province way before my late father introduced an obscure Butch Pichay to then President Fidel Ramos,” the politiko disclosed.