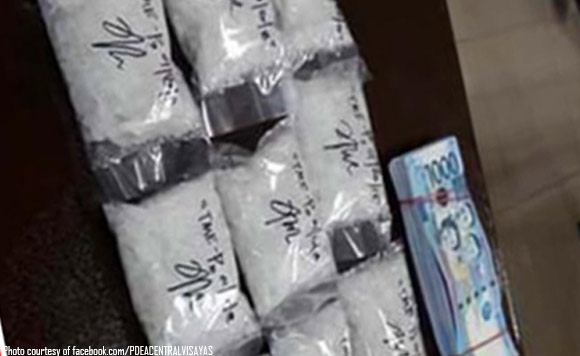 0 653
Share
Want more POLITIKO News? Get the latest newsfeed here. We publish dozens and dozens of politics-only news stories every hour. Click here to get to know more about your politiko - from trivial to crucial. it's our commitment to tell their stories. We follow your favorite POLITIKO like they are rockstars. If you are the politiko, always remember, your side is always our story. Read more. Find out more. Get the latest news here before it spreads on social media. Follow and bookmark this link. https://goo.gl/SvY8Kr

The Philippine Drug Enforcement Agency in Central Visayas (PDEA-7) seized a total of 1.3 kilos of methamphetamine hydrochloride or “shabu” worth P7 million in a series of operations during the Sinulog festivities.

Agents of PDEA-7 conducted six anti-drug operations from January 18 to 21 that led to the arrest of 10 suspected illegal drug traders in the cities of Cebu and Mandaue.

Charges are now being prepared against the suspects for violation of Republic Act 9165, or the Comprehensive Dangerous Drugs Act of 2002.

According to PDEA-7 Director Emerson Margate on Tuesday, the confiscated drugs came from Mindanao and the suspects were actually in the watchlist of PDEA-9 in the Zamboanga Peninsula.

“Usually, the prohibited substances that come here are from Manila,” Margate said. “Now, they (drug traders) are using back door to transport illegal drugs to Cebu.”

“They took advantage of the Sinulog as they know many people will come here,” he added.

Three drug personalities were arrested in a police operation around 10:50 p.m. Monday in Barangay Tisa, this city.

The City Drug Enforcement Unit, led by Chief Inspector Cristopher Navida, conducted the operation in response to a complaint from a concerned citizen regarding the rampant illegal drugs trade in Sitio Mangga of said barangay.

Recovered from the suspects were plastic packs of shabu weighing 20.95 grams with a Dangerous Drugs Board value of P247,210. (Michelle Bugtai/PNA)