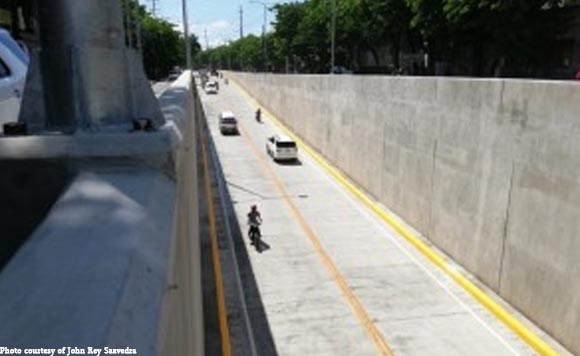 DPWH-7 Director Edgard Tabacon said the structure was opened to traffic at exactly 10 a.m., aiming to ease the traffic flow along the N. Bacalso Ave. – F. Llamas St. junction, in time for the opening of classes.

The underpass project, which began in 2017, became controversial when parents ranted on social media about the terrible traffic that had affected their children’s travel time to school.

However, the DPWH-7 and the Cebu City Traffic Office (CTTO) maintained that the project is the solution to the traffic congestion in the area, which has two supermarkets, a fast food restaurant, and other business establishments, as well as the city’s oldest main thoroughfare before the Cebu South Coastal Road.

Joselito Sayson, chief of the DPWH-7 construction division, said they opted to have the structure opened through a simple blessing by a priest while waiting for word from their central office for the formal inauguration.

“The decision to open it to traffic was reached by stakeholders. We intend to ease traffic along that junction,” Sayson told the Philippine News Agency (PNA) in a phone interview.

He said a team from DPWH-7 will inspect the structure on Monday, after which the contractor will set its formal turnover to the DPWH.

On Saturday morning, CCTO chief Francisco Ouano conducted a run-through inspection before it was actually opened to motorists.

The CCTO and the DPWH-7 have installed traffic lights in the underpass.

On June 11, officials of DPWH-7 and CCTO, along with representatives of the underpass contractor, WT Construction, held a meeting for the final preparations before its opening.

Ouano suggested that passenger buses and mini-buses should not be allowed to use the underpass. These vehicles would continue to ply the Cebu South Coastal Road – South Road Properties route in ferrying passengers to and from southern Cebu to the south bus terminal.

The ban could be temporary, depending on the decision of incoming Cebu City Mayor Edgardo Labella, he said. The underpass was temporarily opened to traffic during the mid-term elections last May 13. (PNA)