P5M funding each for town gets thumbs down from Capiz mayor 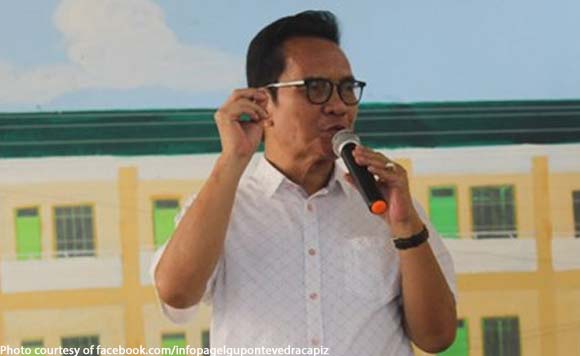 0 889
Share
Want more POLITIKO News? Get the latest newsfeed here. We publish dozens and dozens of politics-only news stories every hour. Click here to get to know more about your politiko - from trivial to crucial. it's our commitment to tell their stories. We follow your favorite POLITIKO like they are rockstars. If you are the politiko, always remember, your side is always our story. Read more. Find out more. Get the latest news here before it spreads on social media. Follow and bookmark this link. https://goo.gl/SvY8Kr

Pontevedra Mayor Esteban “Dodoy” Contreras of Capiz does not believe that each town in the province should receive P5 million to fund their pet projects.

Contreras, a former governor, was reacting to the statement of Mambusao Mayor Leodegario Labao Jr. that Governor Esteban Evan “Nonoy” Contreras should give P5 million to each town to create livelihood opportunities.

“As far as l am concerned, l did not recall that a provincial chief executive allocated the same amount to every town,” the elder Contreras said. (https://dailyguardian.com.ph/p5-m-each-for-town-is-too-much/)

He also noted that the funding depends on the need of the town or barangay and the governor’s discretion.

To recall, Labao issued his remark during his oath-taking as president of the League of the Municipalities of the Philippines-Capiz chapter.

He also threatened to run for governor in the next election if Contreras ignores his request.