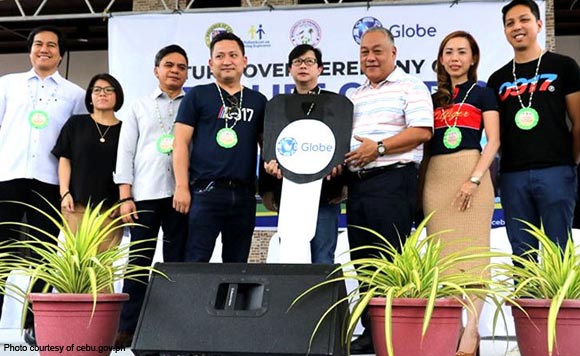 The first drug rehabilitation facility in the Central Visayas region is now ready to take in those who kicked the drug habit.

Located in Pinamungajan town in southwest Cebu, the P48-million facility was built through the efforts of Globe Telecom and the Cebu provincial government.

Dubbed New Life Center, the 2,600-square-meter facility has 106 beds and will be managed by the Province through the Cebu Provincial Anti-Drug Abuse Office (CPADAO).

The center is expected to start its operations by fourth quarter of this year.

Provincial Gov. Hilario Davide III led local officials in the acceptance ceremony, along with representatives of the Philippine Drug Enforcement Agency and Department of Interior and Local Government.

Also present during the ceremony were:

“With the continuous success of President’s war against illegal drugs, our country needs more establishments like this to extend holistic care to patients,” Davide said.

Davide recalled that when President Rodrigo Duterte declared an all-out war against illegal drugs in 2016, many drug users submitted themselves to the police.

Authorities were in a quandary on how to deal with them, as more than 50,000 surrenderers in the province alone.

Funds for the construction of the center came from Globe, while the Capitol donated the lot where the facility was built, and will provide the manpower to run the facility.

The center has a separate male and female ward and psychiatric area composed of 18 single rooms for extreme cases. It also has a treatment and stabilization room, clinic and a hotel-like reception area.

Solar panels are installed on its roofs and it used recycled materials on its garden floors, recreation area and perimeter fences.

Open spaces, gardens and a recreation room are provided for indoor activities.

Patrick Gloria, Globe Telecom’s director for external affairs for Visayas and Mindanao, said the center is the company’s way of showing support to the national government’s goal in rehabilitating the victims of drug abuse.

“With this endeavor, we hope to give the people of Cebu and the Filipinos in general a chance for a better future,” Gloria said.

“Given a chance and when provided with necessary and utmost conditions, dependents can rejoin the mainstream of society. As an expression of that article of faith, we are here today to open this rehabilitation center for our drug dependents,” Durano said.

For his part, Dino promised to provide training for drug dependents undergoing treatment through Tesda so that they would not go back to their old vices once they complete their rehabilitation.