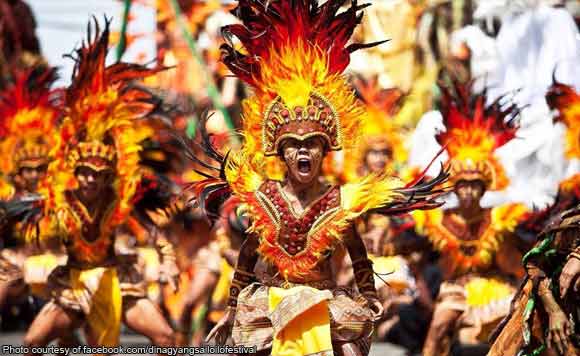 0 1,639
Share
Want more POLITIKO News? Get the latest newsfeed here. We publish dozens and dozens of politics-only news stories every hour. Click here to get to know more about your politiko - from trivial to crucial. it's our commitment to tell their stories. We follow your favorite POLITIKO like they are rockstars. If you are the politiko, always remember, your side is always our story. Read more. Find out more. Get the latest news here before it spreads on social media. Follow and bookmark this link. https://goo.gl/SvY8Kr

The new freedom grandstand will be completed before the highlight of the Dinagyang Festival slated from January 25 to 27 this year.

This was the assurance made by Engineer Roberto Divinagracia on Monday, noting the P45-million structure is now 95 percent finished.

He said the façade will be completed by January 11 in time for the festival’s opening salvo. Currently, they are working on its finishing touches and variation orders.

“The grandstand will host the opening salvo,” he said.

The old freedom grandstand was once situated along J.M. Basa Street fronting Mapa Street. It was demolished to give way to the restoration of the Sunburst Park that was situated in between the old grandstand and the Bureau of Customs (BoC) building.

The new grandstand, a smaller version of Manila’s Quirino Grandstand, is now located at the Muelle Loney area fronting the Iloilo River.

The new structure, he said, is bigger than the old one. It can accommodate 1,960 seats from the previous 1,000. It also has a bigger lounge for guests and wider comfort rooms.

The Public Safety and Transportation Management Office (PSTMO) will implement a rerouting for the staging of the opening salvo.

Eight tribes joining the Dagyang Tribes Dance Competition will perform in carousel type in all five designated stages during the opening salvo.

Starting from the grandstand/Muelle Loney, the tribes will have to turn left to Aduana Street, turn right to J.M. Basa towards F. Caram Avenue/Arroyo Fountain, leading to Stage 2 at the Iloilo Provincial Capitol.

They will then proceed to Stage 3 situated at Quezon-Ledesma Streets by turning left to Gen. Luna Street, and turn left again to Delgado Street.

From Stage 3, the tribe will turn left to Ledesma Street, turn right to Iznart Street, and turn left to Aldeguer Street where Stage 4 is located.

The tribe will next proceed to Stage 5 by turning right to JM Basa Street towards Dela Rama/ Huervas St. (PNA)