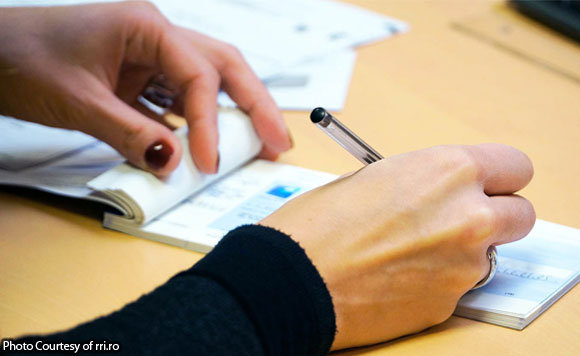 Five individuals including a lawyer who sold inalienable land in Boracay to unwitting buyers have been arrested by the National Bureau of Investigation (NBI), the agency’s director, Dante Gierran, said Wednesday.

The suspects, identified as Gina Talapian, Lorelei G. Tarrosa, Jason Lacso, Chuanlin Yang and lawyer Jacquelin Anne Yao, were arrested in an entrapment operation in a restaurant in Pasay City by elements of the NBI Anti-Organized and Transnational Crime Division (NBI-AOTCD).

The members of the group, who faces charges of syndicated estafa, managed to convince a corporation to buy a 7,988-square meter property in Barangay Balagbag, Boracay, a popular tourist destination 440 kilometers south of Manila, for more than P40 million.

Some P38 million had been received by the individuals from the buyers despite the fenced property bearing signage that it was a government property and not for sale.

NBI officials declined to identify the corporation but said it was involved in the entertainment and hotel industry, and had other previous projects on the island.

Two of the suspects, Talapian and Tarrosa, represented themselves as heirs of Libertad Yap-Talapian and entered into a contract on Jan. 26, 2017 for the sale of the property.

In March 6, 2017, the buyers requested to verify the status of the property with the regional office of the Department of Environment and Natural Resources (DENR).

Four months later, they were formally informed by the Provincial Environment and Natural Resources Office (PENRO) that the property is covered by Proclamation No. 1065, placing Boracay under government protection as inalienable forest land.

Despite the findings, the suspects still represented to the buyers that they could obtain subsequent government permission for the sale of the land and demanded the payment of outstanding amount of PHP7 million, prompting the complainants to approach the NBI for assistance.