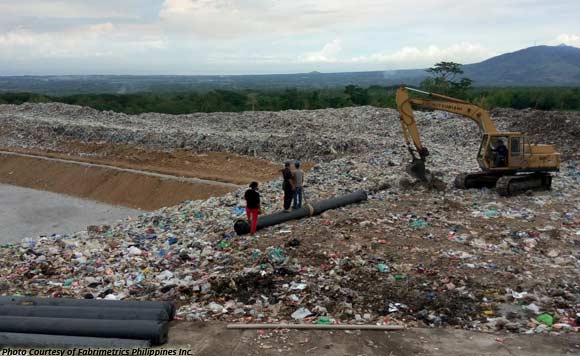 0 256
Share
Want more POLITIKO News? Get the latest newsfeed here. We publish dozens and dozens of politics-only news stories every hour. Click here to get to know more about your politiko - from trivial to crucial. it's our commitment to tell their stories. We follow your favorite POLITIKO like they are rockstars. If you are the politiko, always remember, your side is always our story. Read more. Find out more. Get the latest news here before it spreads on social media. Follow and bookmark this link. https://goo.gl/SvY8Kr

The local government of San Jose in Antique province plans to construct a P20-million sanitary landfill near the old dumpsite area in Barangay Pantao.

“The old open regulated dumpsite in Pantao had already been there for decades,” according to Mayor Elmer Untaran.

Untaran said the fund for the landfill construction will come from Antique Rep. Loren Legarda. (https://bit.ly/2tbhUsg)

Meanwhile, Untaran said the local government unit (LGU) will strictly implement its ordinance on solid waste management in March, wherein unsegregated garbage will not be collected.

“The barangays will take charge of collecting garbage from the households to the materials recovery facility in every barangay,” he said, adding the five garbage trucks of the LGU will collect the garbage from the MRF to the sanitary landfill.

The project is expected to be finished within the year.