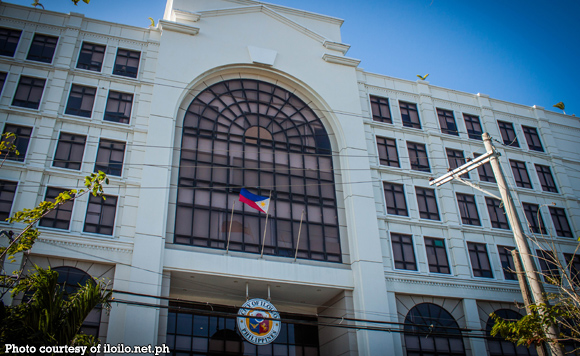 ILOILO CITY – The Iloilo City Hall will be open on Saturdays and Sundays to accommodate applicants for business permit renewal that will end on January 20.

Norman Tabud, head of the Business Permits and Licensing Division, said the move is to give business owners ample time to process their documents.

“We have (leveled) up our services in the issuance of permits,” Tabud said in an interview Thursday.

He said together with the business permit, the applicants will also be issued with their Fire Safety Inspection Certificate, sanitary permit, and tourism permit.

“So upon release of business permit, we will also release all other permits and licenses of the business establishment,” he added.

He said before, the release of sanitary and tourism permits is done after the business permit is issued.

He added that business establishments still have to apply with the tourism office for their license and at the City Health Office for the sanitary permit.

The target businesses include mostly trading, retail and wholesale, and services.

Since the city is marketed as a MICE (meetings, incentives, conferences/conventions, exhibitions/events) destination, then the local government is also expecting a boom in tourism-related services, food, and accommodation.

He cited the need to have an ordinance to regulate not just ambulant vendors but also those that are using the online platform.

“We need to strategize to encourage online businesses to secure business permits,” he said.

As this developed, Iloilo City Mayor Jerry Treñas signed Memorandum Circular No. 223 for the BPLO, Bureau of Fire Protection (BFP), City Tourism and Development Office (CTDO) and the City Treasurer’s Office (CTO) to conduct “a joint inspection of all business establishments operating in the city of Iloilo” effective January 21.

Treñas said he was “surprised and dismayed” upon learning that there was one business that has been engaging in siphoning services yet it has no permit from the city.

“It was all over the city yet our people in the permits do not even know,” he said, adding that any business operating in the city has to secure a permit.