Espinosa bids goodbye, tells cops to stay away from drugs 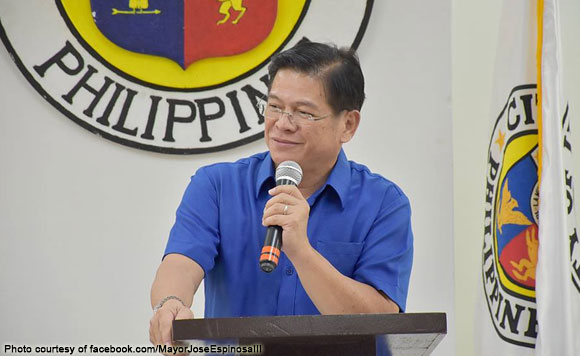 As he steps down at the end of this month, outgoing Iloilo City Mayor Jose Espinosa III gave the city police his final instructions: to keep the city free from drugs and crime.

Espinosa bared these instructions as he turned over new motorcycles and multi-purpose vehicles to the city police and the Philippine Drug Enforcement Agency.

The vehicles were turned over during the Monday flag-raising ceremony at the City Hall grounds in Plaza Libertad.

Espinosa said the vehicles show his administration prioritizes the anti-drugs and anti-criminality campaigns.

He took pride in how Iloilo City improved because of his administration’s efforts against drugs and criminality.

Defensor said the new motorcycles will augment their motorized units that patrol the city at night while deterring crimes perpetrated by riding-in-tandem felons.

He said they need 24 more motorcycles to reinforce their campaign and services.

Meanwhile, Espinosa said 11 more vehicles are set to be turned over to authorities in the coming months.

Espinosa bared hopes the new administration of Jerry Trenas would also give priority to the anti-drugs and anti-criminality campaigns.