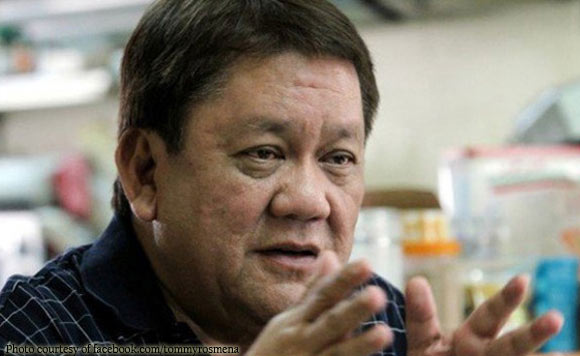 0 238
Share
Want more POLITIKO News? Get the latest newsfeed here. We publish dozens and dozens of politics-only news stories every hour. Click here to get to know more about your politiko - from trivial to crucial. it's our commitment to tell their stories. We follow your favorite POLITIKO like they are rockstars. If you are the politiko, always remember, your side is always our story. Read more. Find out more. Get the latest news here before it spreads on social media. Follow and bookmark this link. https://goo.gl/SvY8Kr

Cebu City Mayor Tomas Osmeña filed criminal and administrative complaints against former mayor Michael Rama before the Office of the Ombudsman-Visayas for illegally disbursing P800-million in financial aid to the barangays in 2015.

The Freeman reported that Osmeña, in his 17-page complaint, accused Rama of graft and corruption, grave misconduct, conduct prejudicial to the best interest of the Service and conduct unbecoming a government official.

“The funds intended for the Aid to City Barangays were unlawfully released in violation of Cebu City Appropriation Ordinance No. 2417. To make matters worse, the millions of public funds illegally disbursed are left unaccounted despite the lapse of more than reasonable time for liquidation,” a portion of the complaint read.

For his part, Rama said he has not received any court papers yet.

According to him, he was not surprised by the case filed against him by Osmeña because the latter is known for it.

“I will just leave it to my lawyers. As far as I’m concerned, the release of P800 million aid to city barangays was legal,” Rama explained.

In December 2014, the City Council passed the annual budget ordinance for 2015 amounting to P13.3 billion.

Appropriation Ordinance No. 2417 provided a special provision that set aside P800 million intended for the various projects of various barangays.

The council also required the barangays to submit a development plan and project proposals for approval prior to the realease of any assistance.

Rama, on one hand, vetoed the special provision and allegedly issued his own guidelines for disbursement of funds.