Osmeña cries out over police harassment 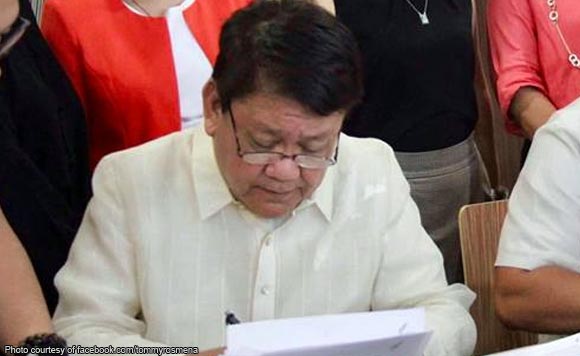 Cebu City Mayor Tomas Osmeña is questioning the “harassment” of the police conducting door-to-door firearm inspection without search warrants during the Holy Week.

Osmeña, who is running for reelection in the May midterm polls, took to his Facebook page to express his concern on the alleged harassment and intimidation done by the law enforcers.

According to him, a 10-man team conducted a checkpoint outside his house in Barangay Guadalupe last Holy Wednesday.

“I live on a side street in Guadalupe, but instead of securing something the bus terminals, churches, or other high traffic areas, PRO-7 has decided to send 10 police to make a “checkpoint” right outside my house. The main road is 100m away. When I left earlier, they left. Now, that I’m home, they’re back. Earlier today, my wife had to ask permission to enter our own house,” said Osmeña.

“Sure the police are harassing the barangay captains in the mountains, and are going house to house in Mary Ann’s barangay with no search warrants, and now have setup a checkpoint right outside my house where there is barely any traffic, but these men are just following orders. It is their commanders who are to blame. I was just told that the team leader of this checkpoint is the same commander who led the raid on captain Jojo Quijano’s house without properly serving the warrant,” portion of his post read.

For his part, Police Regional Office-7 Brigadier General Debold Sinas refused to comment on the allegations made by the politiko against the organization.