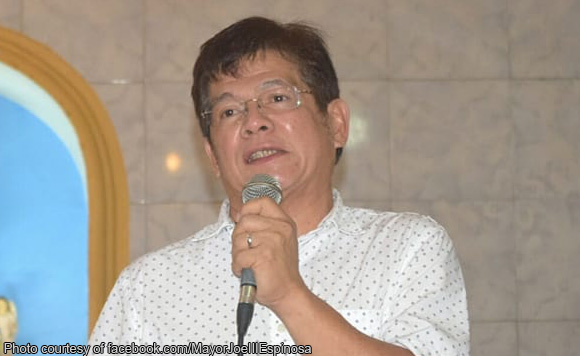 Espinosa is currently finishing the term of former mayor Jed Patrick Mabilog, who was dismissed from his post by the Office of the Ombudsman for a graft charge.

The politiko confirmed in June that he will run for the top City Hall office in the 2019 elections against his brother-in-law, Rep. Jerry Trenas.

“Kon maglawig-lawig pa ‘ko kay indi pa ‘ni akon term (I wish to be given a little more time because this isn’t my term),” Espinosa said in The Daily Guardian report.

“Indi man ko ‘ya gusto magbato diri. Bisan three years lang ko basi makuha ko man ina tanan (I don’t intend to stick forever to the mayor’s seat. Three years may be good enough for me to fulfill what I have set out to do for the city),” he said.

Espinosa said if he wins next year’s mayoral race, he would retire from political life after his term to spend more time with his family.