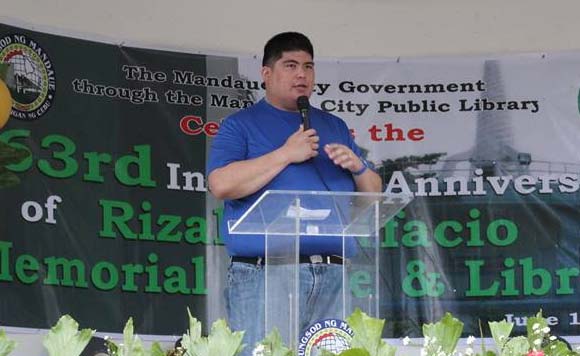 0 847
Share
Want more POLITIKO News? Get the latest newsfeed here. We publish dozens and dozens of politics-only news stories every hour. Click here to get to know more about your politiko - from trivial to crucial. it's our commitment to tell their stories. We follow your favorite POLITIKO like they are rockstars. If you are the politiko, always remember, your side is always our story. Read more. Find out more. Get the latest news here before it spreads on social media. Follow and bookmark this link. https://goo.gl/SvY8Kr

The Office of the Ombudsman-Visayas has started its investigation into the cases filed against Mandaue City Mayor Luigi Quisumbing over the alleged illegal reassignment of a social worker, the Freeman reported.

Pielago, a person with a disability who uses crutches, was allegedly transferred from the House of Mandaue, a facility for children in conflict with the law to the Housing and Urban Development Office (HUDO).

Deputy Ombudsman for the Visayas Paul Elmer Clemente informed Pielago on February 13, 2019, acknowledging receipt of the complaints now docketed as OMB-V-C-19-0066 and OMB-V-A-19-0077.

Pielago was also ordered to submit certified true copies of his attached documents of the complaints he filed against Quisumbing.

Quisumbing’s chief of staff Mae Elaine Bathan earlier said the complainant was reassigned to HUDO since the office “greatly requires” a social worker who would assist in conducting the social preparation of the informal settlers and members of the urban poor.