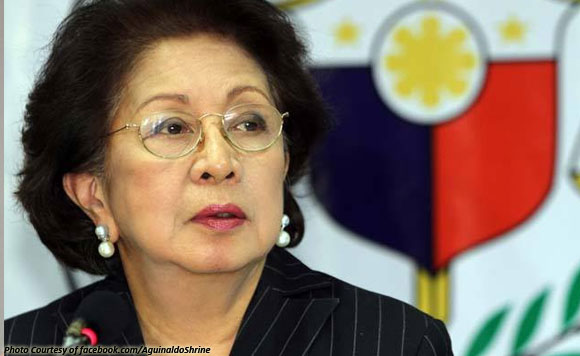 In case of separation from the service, the penalty is convertible to a fine equivalent to respondent’s one year salary.

The NCMF officials are also facing trial before the Sandiganbayan for violation of Section 3(e) of Republic Act No. 3019 (Anti-Graft and Corrupt Practices Act) for the anomalous utilization of the PDAF of former Maguindanao Representative Simeon Datumanong.

In-depth investigation uncovered that in May 2012, the Department of Budget and Management issued a Special Allotment Release Order covering P3,800,000.00 in favor of NCMF, as implementing agency, charged against Datumanong’s PDAF.

The money was intended to finance livelihood programs such as soap making, candle making and meat processing for the municipalities of Mamasapano, Ampatuan and Datu Abdullah Sanki.

To facilitate the fund utilization, Datumanong requested that the P3.8 million be coursed through the Maharlikang Lipi Foundation, Inc. (MLFI), as NGO-partner.

The Commission on Audit later found that the selection of the NGO was undertaken in violation of COA Circular No. 2007-01, noting the absence of public bidding.

In its decision, the Ombudsman ruled that “respondents participated in the preparation, processing and approval of the Memorandum of Agreement and the PDAF documents governing the project implementation and fund releases to MLFI.”

Morales added that “the funds in question could not have been transferred to the MLFI if not for the recommendations as well as certifications, approval, and signatures found in the corresponding disbursement vouchers and checks.”

To support the charges, the Ombudsman said that there was “extraordinary accommodation extended to MLFI in the examination, processing and approval by the concerned NCMF officers of the PDAF releases as show by the unnumbered and undated disbursement vouchers; and issuance of check prior to execution of the Memorandum of Agreement.”

This is the second set of PDAF charges filed against Sadain. In September 2016, Sadain was charged alongside Senator Gregorio Honasan II for the anomalous utilization of the latter’s P30-million PDAF.