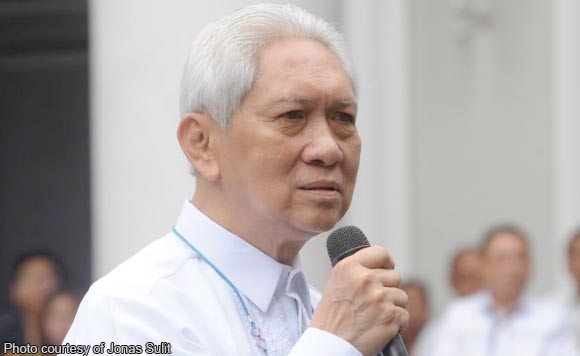 0 894
Share
Want more POLITIKO News? Get the latest newsfeed here. We publish dozens and dozens of politics-only news stories every hour. Click here to get to know more about your politiko - from trivial to crucial. it's our commitment to tell their stories. We follow your favorite POLITIKO like they are rockstars. If you are the politiko, always remember, your side is always our story. Read more. Find out more. Get the latest news here before it spreads on social media. Follow and bookmark this link. https://goo.gl/SvY8Kr

Catbalogan City Mayor Stephany Tan has been ordered suspended for six months after being found guilty of administrative cases against her.

Ombudsman Samuel Martires slapped the suspension after finding Tan guilty of grave misconduct and grave abuse of authority in two administrative cases against her.

It was learned that PPPI had already occupied the market and started collecting fees from vendors even before the deal was made with the local government.

“The confluence of the foregoing actions show their conspiratorial act of giving unwarranted benefit to PPPI while showing less concern to the livelihood of the vendors who would surely be affected by the lease contract with a private entity, whose only concern would be to profit from the business venture,” the Ombudsman said in its suspension order.

The other case involves the overpriced purchase of a 5.8-hectare property in 2015 which was bought for P120 million in spite of the P155,497.84 market value.

“The purchase by the local government of Catbalogan City is unacceptable, reeking with conspirational scheme to give unwarranted benefit to the Laohoos,” the Ombudsman said.