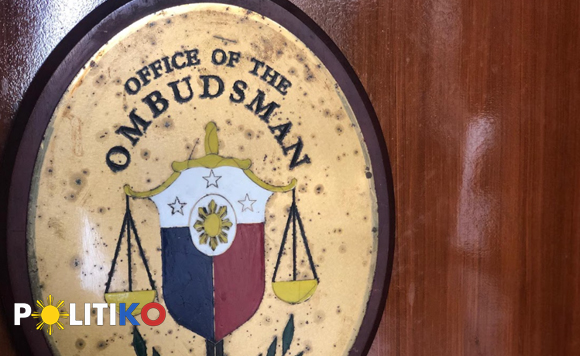 0 92
Share
Want more POLITIKO News? Get the latest newsfeed here. We publish dozens and dozens of politics-only news stories every hour. Click here to get to know more about your politiko - from trivial to crucial. it's our commitment to tell their stories. We follow your favorite POLITIKO like they are rockstars. If you are the politiko, always remember, your side is always our story. Read more. Find out more. Get the latest news here before it spreads on social media. Follow and bookmark this link. https://goo.gl/SvY8Kr

The Office of the Ombudsman has found probable cause to indict Antique Governor Rhodora Cadiao in the graft complaint filed by the Provincial General Services Office chief Antonio Dela Vega.

Dela Vega accused Cadiao of violation of Section 3 (e) of Republic Act (RA) 3019 or the Anti-Graft and Corrupt Practices Act: “Causing any undue injury to any party, including the Government, or giving any private party any unwarranted benefits, advantage or preference in the discharge of his official administrative or judicial functions through manifest partiality, evident bad faith or gross inexcusable negligence.”

His complaint stemmed from his reassignment in 2016 when he was moved to their satellite office in Culasi town, 100 kilometers away from the provincial capitol in San Jose. (https://bit.ly/3gjYGFQ)

Dela Vega questioned the validity of Cadiao’s transfer order before the Civil Service Commission (CSC) and was ordered reinstated to the Provincial General Services Office in March 2017.

The CSC also instructed the provincial government that he be paid the representation and travel allowance and other benefits due him covering the time he was reassigned to the satellite office.

In 2018, Dela Vega decided to file a complaint against the governor before the Office of the Ombudsman Visayas when he failed to get the benefits due him.

The Ombudsman found probable cause to indict Cadiao for one count violation of Section 3(e) of RA 3019 in a resolution dated September 2, 2019 signed by Deputy Ombudsman for the Visayas Paul Elmer Clemente and approved by Ombudsman Samuel Martires on October 22, 2021.