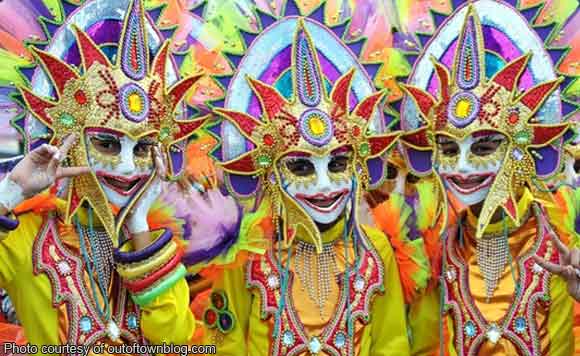 0 974
Share
Want more POLITIKO News? Get the latest newsfeed here. We publish dozens and dozens of politics-only news stories every hour. Click here to get to know more about your politiko - from trivial to crucial. it's our commitment to tell their stories. We follow your favorite POLITIKO like they are rockstars. If you are the politiko, always remember, your side is always our story. Read more. Find out more. Get the latest news here before it spreads on social media. Follow and bookmark this link. https://goo.gl/SvY8Kr

Mobile phone network services will be cut off at the Bacolod public plaza during the arrival of President Rodrigo Duterte on Sunday afternoon for the closing highlights of the 38th MassKara Festival.

This was announced Saturday by the Police Regional Office-6 in a Task Force MassKara Security Advisory, confirming the approval of the cellular phone signal jamming by National Telecommunications Commissioner Gamaliel Cordoba.

“We humbly ask for the understanding of the public. It is our desire that MassKara 2017 will end successfully with no major incidents, and individual contribution and cooperation is a must,” the advisory said.

The Task Force MassKara also appealed to revelers to be vigilant to ensure a peaceful festival highlights.

At the plaza, the President is expected to give a speech and watch the arena performances of the competing MassKara dancers from various barangays.

The dance performances will be put on hold once he arrives.

“After his speech, the competition will resume and we expect the President to watch the MassKara street dance performers,” Tajanlangit said. “ We are all ready and I feel very secure with the security plans.”

The Task Force MassKara has deployed 4,775 security personnel for the festival highlights.

On Thursday, 410 policemen augmented the initial 4,365 security forces dispatched last Monday, including 1,481 from the Philippine National Police and the Armed Forces of the Philippines and 2,884 from other law enforcement agencies and anti-crime volunteer groups.

An Explosive Ordnance Disposal team from PNP national headquarters and personnel from the Philippine Coast Guard, Bureau of Fire Protection, and Bureau of Jail Management and Penology also augmented the police and army personnel.(PNA)