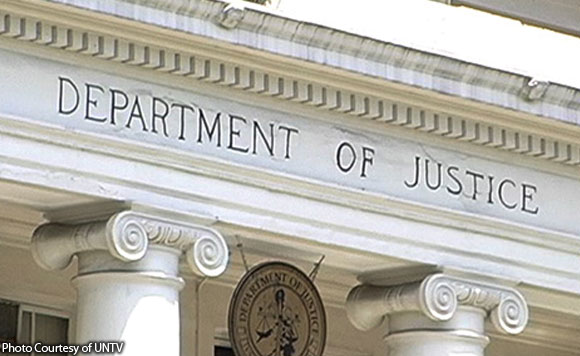 0 1,143
Share
Want more POLITIKO News? Get the latest newsfeed here. We publish dozens and dozens of politics-only news stories every hour. Click here to get to know more about your politiko - from trivial to crucial. it's our commitment to tell their stories. We follow your favorite POLITIKO like they are rockstars. If you are the politiko, always remember, your side is always our story. Read more. Find out more. Get the latest news here before it spreads on social media. Follow and bookmark this link. https://goo.gl/SvY8Kr

Justice Secretary Vitaliano Aguirre II assured he is not getting back at Cebu City Mayor Tomas Osmena who is under investigation for allegedly serving as protector of drug lords.

Aguirre responded to the calls of Vice President Leni Robredo who urged him not to the Department of Justice (DOJ) in his political vendetta.

“What political vendetta is she talking about?” said Aguirre.

The Secretary reminded Robredo that she herself urge to investigate any member of the opposition who are believed involved in the illegal drugs trade.

“Is it her position that we should not pursue any criminal prosecution for violation of the comprehensive drugs law because the culprit belongs to the opposition?” asked Aguirre.

“This is the same position they have respecting the De Lima cases. That no case should be filed against Osmeña because he is anti-Duterte advocate?” he pointed out.

The Secretary said this is based on the sworn statement of Reynaldo Diaz, a.k.a. Jumbo, the bagman and cousin of the late notorious drug lord known as Jaguar, Jeffrey Diaz.

“Mayor Tomas Osmeña received payola from Jaguar the amount of P2.0M for hospitalization expenses in 2013 and P5.0 M during the 2016 elections,” Aguirre said citing Jumbo’s statement.

The Secretary noted that Jumbo is currently under the Witness Protection Program (WPP).

Loot, a retired Chief Supt. of the Philippine National Police (PNP), had earlier been named by President Rodrigo Duterte as involved in illegal drug activities.