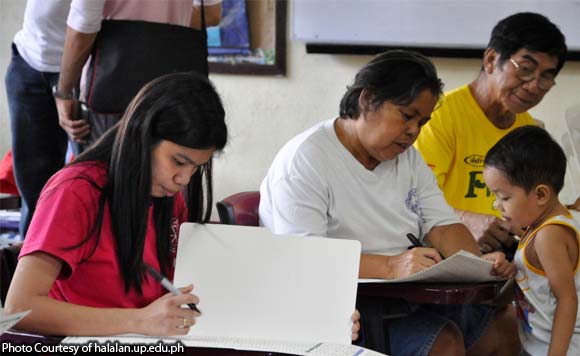 0 1,806
Share
Want more POLITIKO News? Get the latest newsfeed here. We publish dozens and dozens of politics-only news stories every hour. Click here to get to know more about your politiko - from trivial to crucial. it's our commitment to tell their stories. We follow your favorite POLITIKO like they are rockstars. If you are the politiko, always remember, your side is always our story. Read more. Find out more. Get the latest news here before it spreads on social media. Follow and bookmark this link. https://goo.gl/SvY8Kr

PNP-8 (Eastern Visayas) Director Chief Supt. Gilberto Cruz said in a press briefing Friday night that they identified these areas in consultation with other security agencies, and also based on the parameters set by the Commission on Elections (Comelec).

“With only a few days left before the polls, the PNP is fine-tuning measures to ensure the safety and security of the elections. Rest assured that we will be extending our best efforts in order to uphold the integrity of Barangay (village) and Sangguniang Kabataan (youth council) elections,” Cruz told reporters.

“These areas will be closely monitored. We also appeal to the public to be vigilant at all times to prevent unscrupulous individuals and other lawless elements from taking advantage of the election period,” he said.

The number is 6.5 percent of the 4,390 villages in the region’s six provinces.

Based on Comelec Resolution No. 10077, a village is labeled an area of concern if it has a history of violent political rivalries. A community is tagged as an area of immediate concern if there are serious threats posed by the New People’s Army, private armed groups, and terrorists. (PNA)