No ‘state of calamity’ declaration vs ASF: Defensor 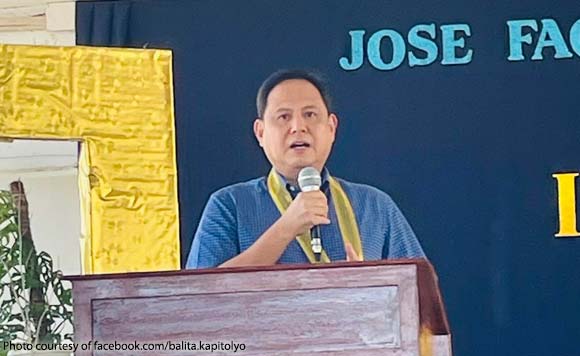 0 57
Share
Want more POLITIKO News? Get the latest newsfeed here. We publish dozens and dozens of politics-only news stories every hour. Click here to get to know more about your politiko - from trivial to crucial. it's our commitment to tell their stories. We follow your favorite POLITIKO like they are rockstars. If you are the politiko, always remember, your side is always our story. Read more. Find out more. Get the latest news here before it spreads on social media. Follow and bookmark this link. https://goo.gl/SvY8Kr

Iloilo Governor Arthur Defensor Jr. won’t declare a state of calamity over the whole of the province amid reported African swine fever (ASF) cases in some towns.

“Right now, no… We have calculated what we need to work on,” Defensor said in the vernacular.

The provincial government is also continuously implementing anti-ASF strategies with the assistance of all municipalities, barangays, and the Philippine National Police. (https://bit.ly/3hTOSq7)

“Currently, we continue to implement the overall strategy against ASF. Prevention, containment if it becomes positive, depopulation, and eventually recovery. Those measures are ongoing and Some of them have been going on for a long time,” the governor said.

“What we are doing, we are maintaining, and possibly intensifying our perimeter security in the pink zone,” he added.

Pink zones act as a buffer where ASF is not present but is adjacent to an infected zone.

indicated that five towns in the province have confirmed ASF cases.

The towns of Oton, San Miguel, and Leganes were already placed under “red zone” or infected area after they logged two or more barangays with confirmed cases.

In Alimodian and Santa Barbara, only Barangays Buhay and Balabag were in the red zone, respectively.

Under the Department of Agriculture’s Administrative Order 52, a municipality will only be designated as a “red zone” if two or more barangays are already affected.