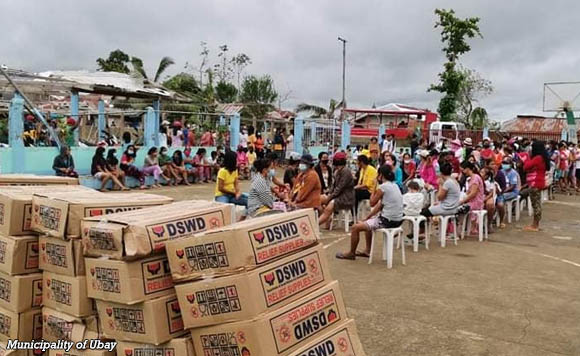 0 72
Share
Want more POLITIKO News? Get the latest newsfeed here. We publish dozens and dozens of politics-only news stories every hour. Click here to get to know more about your politiko - from trivial to crucial. it's our commitment to tell their stories. We follow your favorite POLITIKO like they are rockstars. If you are the politiko, always remember, your side is always our story. Read more. Find out more. Get the latest news here before it spreads on social media. Follow and bookmark this link. https://goo.gl/SvY8Kr

Both Reyes and Aumentado said they did not ask barangay officials to refuse the relief goods from the provincial government to Ubay, causing some items to get spoiled.

“We even need a lot of help for the people. There are blessings but only to be thrown away,” according to the mayor. (https://bit.ly/3rmzqVD)

For his part, Aumentado said they even called the governor to speed up the provision of typhoon aid.

On January 12, Kevin Damalerio, executive assistant of Yap, alleged in a Facebook post that Ubay merely stored the relief goods from the provincial government and were not distributed.

Ubay information officer Larry Evangelista, on one hand, said the rice sacks, which Damalerio was referring to, were not from the provincial government.