No failure of elections in E. Visayas despite ‘problems’ 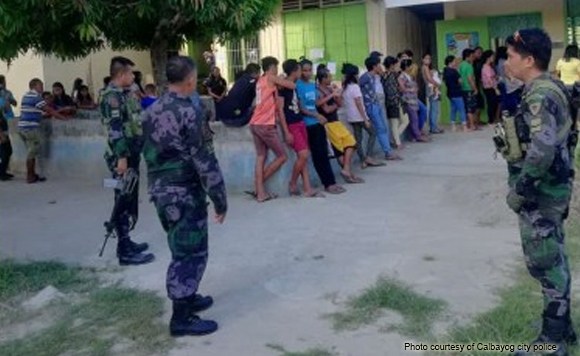 TACLOBAN CITY — The Philippine National Police (PNP) on Monday said there was “no failure of elections” anywhere in Eastern Visayas despite several hours of delay in voting in some far-flung villages in Northern Samar and Samar provinces.

Authorities have yet to find out if these are election-related violence.

Meanwhile, out of the 5,503 VCMs used in the region on Monday, only 65 have malfunctioned, according to reports from city and municipal police stations.

“I think one of the reasons why these VCMs malfunctioned is the very hot weather in many areas. To cool down the machines, the Board of Election Inspectors have to use electric fans or turn off the machines for few minutes,” said Rafael Olaño, Commission on Elections (Comelec) Eastern Visayas regional director.

Technical people were sent to curb technical glitches while some machines were replaced with contingency VCMs.

The Comelec also received reports of massive vote buying in several areas with each voter being offered amounts ranging from P20 to P5,000. The amount varies depending on the elective position and intensity of political rivalries in an area.

About 3.01 million voters trooped to 3,503 clustered precincts in six provinces of the region on Monday’s midterm polls to elect senators, partylist, members of Houses of Representatives and local government officials. (PNA)