No evidence Tommy Osmena is a narco-politko – Bato 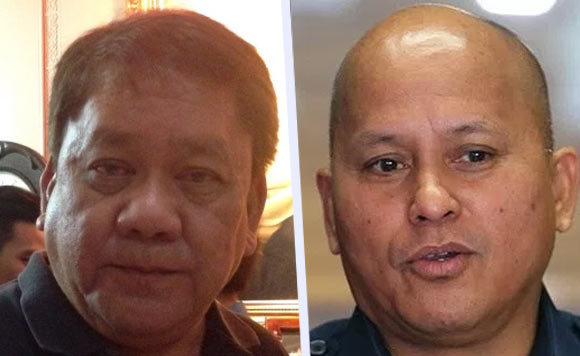 0 1,068
Share
Want more POLITIKO News? Get the latest newsfeed here. We publish dozens and dozens of politics-only news stories every hour. Click here to get to know more about your politiko - from trivial to crucial. it's our commitment to tell their stories. We follow your favorite POLITIKO like they are rockstars. If you are the politiko, always remember, your side is always our story. Read more. Find out more. Get the latest news here before it spreads on social media. Follow and bookmark this link. https://goo.gl/SvY8Kr

“So far, we do not have any evidence linking the mayor to illegal drugs,” dela Rosa said during a press conference for the opening of the 26th Association of Firearms and Ammunition Dealers of the Philippines (AFAD) Defense and Sporting Arms Show at the Cebu Trade Hall of SM City Cebu.

However, the PNP chief said non-inclusion of the mayor’s name on the list does not necessarily mean that Osmeña is not involved in illegal drug activity.

He said the only information the PNP has against the mayor is the statement of Department of Justice (DOJ) witness Reynaldo “Jumbo” Diaz, who alleged that Osmeña received a total of PHP7 million from his late drug lord cousin Jeffrey “Jaguar” Diaz.

Dela Rosa said they could not investigate the matter yet as they have not received any report confirming the allegation.

“We cannot do anything for now,” he said. “The allegation must first be thoroughly validated and corroborated before we can act on it.”

The PNP chief said the DOJ, however, could order the National Bureau of Investigation in Central Visayas to make a further probe on the mayor.(PNA)