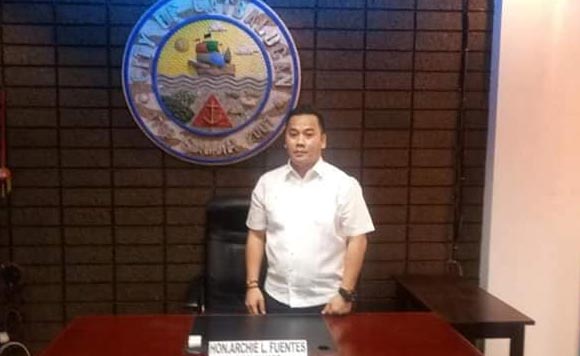 The acting mayor of this city will focus on providing the necessary services to residents during his six-month stint as local chief executive.

During the flag-raising ceremony here Monday, Fuentes asked for the support of the city government’s employees to help him carry out development activities in the next six months.

Fuentes said he will focus on transparency, accountability and participatory form of government while serving as city mayor.

“There will be consultation on important policies and program that the city government will implement. Under my term, I will continue to implement the good programs of the suspended mayor,” he told employees.

He said since his term will end exactly on the day that the new elected mayor will takeover, he assures of having a smooth transition of government.

Fuentes added he will still need to be briefed by the DILG on what his function will be as acting mayor along with the acting vice-mayor.

For his part, Perez said as the head of the legislative body, he cannot do his function properly without the support of city council members.

Presently, only the Sangguniang Kabataan (youth council) president remains as member of the city legislative body pending the election of federation president representing the city’s village chiefs. Both officials are ex-officio members of the city council.

The other elected city council members were also suspended with the ongoing investigation by the Office of the Ombudsman.

Last Nov. 26, Ombudsman Samuel Martires approved the preventive
suspension on Uy-Tan, along with some city council officials and other
city employees, for six months over charges of abuse of authority,
grave misconduct, and gross neglect for the purchase of land from
private individuals.

The land purchase case stemmed from the complaint of city council
legislative staff officer Bernard Jake Ramos, who alleged that the
respondents purchased an eight-hectare agricultural land owned by
Alvin Cesar Laohoo and Lorenzo Laohoo Jr. in the amount of P120.225
million, which is much higher than its market value of P155,497 in
2016.

Uy-Tan denied there is overpricing based on actual assessment.

In fact, the city earned from the deal for purchasing the lot for only
P1,500 per square meter, lower than the P3,500 to P8,000 price
offerings of nearby properties. (PNA)