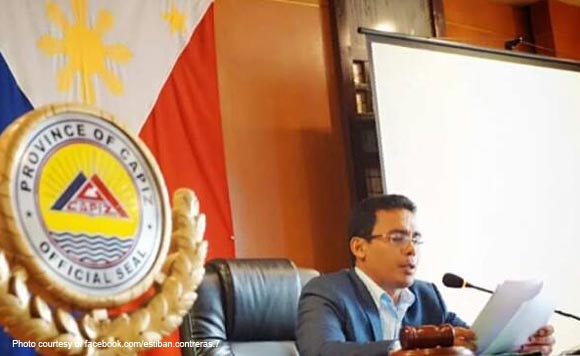 0 761
Share
Want more POLITIKO News? Get the latest newsfeed here. We publish dozens and dozens of politics-only news stories every hour. Click here to get to know more about your politiko - from trivial to crucial. it's our commitment to tell their stories. We follow your favorite POLITIKO like they are rockstars. If you are the politiko, always remember, your side is always our story. Read more. Find out more. Get the latest news here before it spreads on social media. Follow and bookmark this link. https://goo.gl/SvY8Kr

Contreras, who got 160,701 votes in Monday’s midterm polls, was proclaimed by the Provincial Elections Board of Canvasser Tuesday afternoon after the results from the town of Tapaz was transmitted.

Governor Antonio del Rosario lost his reelection bid by a margin of 17,716 votes.

Del Rosario, on one hand, won in the town of Maayon, Pilar, Mambusao, Dao, Cuartero, Dumalag, and Jamindan; and Roxas City.