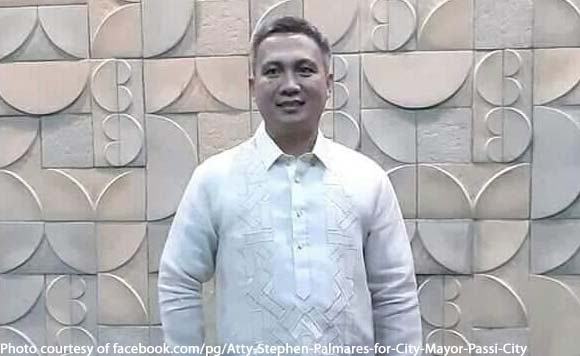 0 513
Share
Want more POLITIKO News? Get the latest newsfeed here. We publish dozens and dozens of politics-only news stories every hour. Click here to get to know more about your politiko - from trivial to crucial. it's our commitment to tell their stories. We follow your favorite POLITIKO like they are rockstars. If you are the politiko, always remember, your side is always our story. Read more. Find out more. Get the latest news here before it spreads on social media. Follow and bookmark this link. https://goo.gl/SvY8Kr

Passi City, a component city of the Iloilo province, is planning to establish an airport to boost economic growth in the region, Mayor Stephen Palmares said.

“It will create an economic boost not only here in Passi City but of the whole central Panay. Generally, when goods arrive here from other areas, it will jive in our plan to put up an economic zone. Also, when we have the airport, we can easily export our goods from the economic zone of Passi,” he added.

According to him, the airport is an “ideal means” to facilitate the transport of goods, noting that Passi is located far from seaports.

“We are thinking of ways on how to improve our area and one way of improving it is to create a channel to hasten the export of goods. We want our area to be ready for development that will come in the near future,” said Palmares.

He added that the proposal to build an airport was already forwarded to the Regional Development Council.