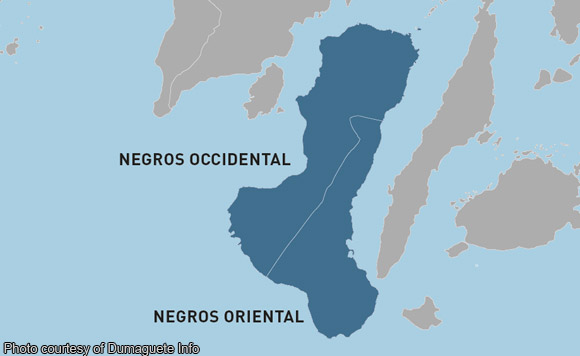 Negros Occidental and Oriental politikos on May 18 pushed for the creation of one federal region for the two provinces.

Negros Occidental Governor Alfredo Marañon Jr and Negros Oriental Governor Roel Degamo made the call during a Symposium on Federalization.

Arthur Aguilar, chairperson of the subcommittee on economic revisions for the Consultative Commission reviewing the 1987 Constitution, said he does not know if Duterte wants a singular Negros federal region.

“We’re saying that when we do the architecture, the Island of Negros as a separate federated region is one of them. If it goes through the mill, then so be it. He need not make any more decisions on his EO,” Aguilar said.

“What we do know is that when we met with him in a closed-door meeting, he said, ‘It is up to you, study it. You study it and come up with your recommendations,’” he added.