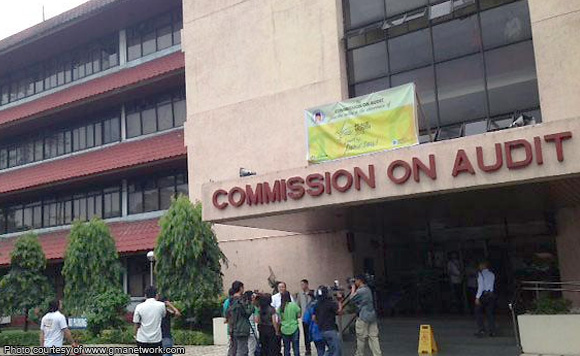 0 1,781
Share
Want more POLITIKO News? Get the latest newsfeed here. We publish dozens and dozens of politics-only news stories every hour. Click here to get to know more about your politiko - from trivial to crucial. it's our commitment to tell their stories. We follow your favorite POLITIKO like they are rockstars. If you are the politiko, always remember, your side is always our story. Read more. Find out more. Get the latest news here before it spreads on social media. Follow and bookmark this link. https://goo.gl/SvY8Kr

Out of 288 infrastructure projects in 2018, the provincial government of Negros Oriental was only able to fully implement 13 – an overall completion rate of 4.51 percent, a report by the Commission on Audit (COA) revealed.

“The delay in the implementation of projects deprived the constituents of the Province of the efficient and effective delivery/provision of the basic services, facilities and protection of life and environment,” the 2018 annual audit report stated.

However, state auditors found that their implementation left much to be desired.

Source: 2018 Annual Audit Report on the Province of Negros Oriental

“Further review of the Current Legislative Appropriations, Status of Appropriations, Allotments and Obligations (CLA-SAAO) as of December 31, 2018 indicated that no major infrastructure development projects were included among the 13 PPAs reported to have been 100% implemented during the year,” COA said.

Those that were fully completed, state auditors noted, included the purchase of heavy machinery and medical equipment, and the repair of barangay roads in Dumaguete City.

In addition, Negros Oriental failed to fully complete 95 projects, 55 of which posted completion rates between 0.47 to 2.5 percent.

According to the Provincial Engineer, the delays were caused by delays in the procurement process, changes in the plans of the concerned projects, and the prioritization of prior years’ unimplemented projects – an observation similarly flagged in 2017.

COA ordered Negros Oriental to address the delays in project implementation, ensure close monitoring and enforce sanctions on officials and employees who display “willful or neglec(ful) act impeding the immediate implementation of projects.”