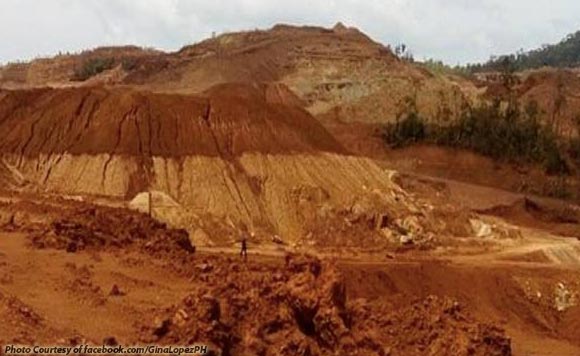 The mayor of Ayungon town in northern Negros Oriental on Wednesday planning to take legal action against a mining firm, and possibly its contractor, for allegedly not heeding the latest closure order that he issued last week for “operating without a business permit.”

“Wala pa (development) as of now kay gi work out pa sa akong lawyer ang process (There is no development yet as of now as my lawyer is still working out the process),” Mayor Edsel Enardecido said.

Hes said Goodyield Resources Development, Inc. (GRDI), a firm engaged in the mining of silica in Ayungon, has “continued to defy the closure order” that he issued after it “failed to comply with requirements for a business permit.”

“Ga sige pa sila ug load hangtod karon sa pantalan bisan kung na serve na ang closure order (They continue to load at the port despite the closure order being served),” he said, referring to the loading of silica at the private port of GRDI in Tampocon, Ayungon.

Enardecido said he issued another closure order this year against the firm for allegedly “operating without a business permit for the year 2018.”

The latest closure order, which the mayor issued last July 26, noted that a previous Notice of Closure Order dated May 8, 2018 was served to GRDI and was received by a company representative on May 28, 2018.

“Despite said notice, you continued to operate your said business and did not secure the necessary business permit for your establishment, making its operation illegal pursuant to the 2012 Revised Revenue Code (Municipal Ordinance No. 16-001, s. 2016) of the Municipality of Ayungon,” Enardecido said in his latest closure order.

Following the issuance of the said order, the Municipal Treasurer, the OIC of the Business Permits and License Section of Ayungon, and assisted by Ayungon Police personnel, were directed to immediately enforce it and “to prevent the same (company) from further operating until such business or company complies with the requirements and pertinent laws and ordinances.”

However, Enardecido disclosed that the company has “not heeded” the closure order and hauling/loading operations continue until now, prompting him to consider taking legal action.

According to him, the situation is complicated because while GRDI is the principal mining company, it has contracted Pilipinas Eco Friendly Mining Corp. as hauler and operator.

GRDI applied for a “mining operator” business permit while Pilipinas Eco Friendly applied for “mining contractor (with) GRDI as its principal,” he added.

He is hoping that the Department of Environment and Natural Resources and the Mines and Geosciences Bureau would step in to help resolve the problem. (PNA)