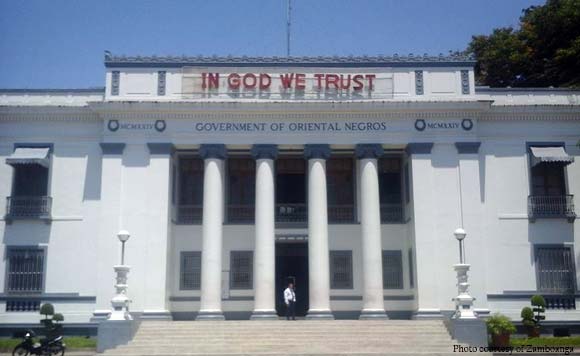 0 575
Share
Want more POLITIKO News? Get the latest newsfeed here. We publish dozens and dozens of politics-only news stories every hour. Click here to get to know more about your politiko - from trivial to crucial. it's our commitment to tell their stories. We follow your favorite POLITIKO like they are rockstars. If you are the politiko, always remember, your side is always our story. Read more. Find out more. Get the latest news here before it spreads on social media. Follow and bookmark this link. https://goo.gl/SvY8Kr

The provincial government of Negros Oriental came at odds with the Commission on Audit (COA) over the “unnecessary” hiring of eight consultants in 2017 which reportedly cost the province some P4.38 million.

“[T]he necessity, propriety and legality of hiring the eight individual consultants was questionable which could possibly result in the wastage of government funds used in the payment of consultancy services which expenditures might be considered unnecessary,” COA wrote in the 2018 annual audit report.

According to audit records, from 2017 to 2018, Negros Oriental entered into consultancy contracts with eight individuals under which they receive monthly compensation of P70,000 and P22,000 each.

The consultants were reportedly to render “advisory services” in various fields including Education, Culture and Sports and Rural Development Services.

State auditors found that the services provided by the eight consultants were “redundant”, since the province already had offices pertaining to the related function.

The advisers for Disaster Risk Reduction and Management and Peace and Order were redundant given that Negros Oriental has its own risk reduction office and local Philippine National Police chiefs.

“[T]he services they performed did not require the expertise of a consultant because these involved simple advisory services,” COA added.

Paragraph 4.1 of COA Circular No. 2012-003 defines an unnecessary expenditure as that “which can be dispensed with without loss or damage.”

In addition, state auditors flagged the contracts’ terms of reference for not stipulating the expected output and the specific period of time to deliver it.

COA ordered Negros Oriental to refrain from hiring consultants whose functions “can be performed by regularly appointed officials of existing offices”, and to clearly define the contracts of those hired in the future.

Negros Oriental’s human resources chief explained that consultant services can never be redundant because they only provide information to the governor during consultative meetings.

To which COA rebutted, arguing that despite the hiring done in “good faith”, the services provided do not fall within the guidelines prescribed under law.