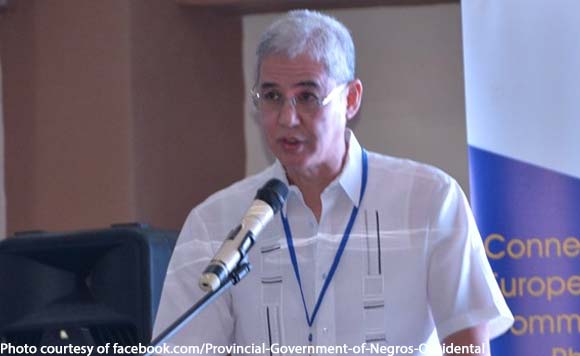 BACOLOD CITY – Negros Occidental Governor Eugenio Jose Lacson has pushed for the resumption of classes next year instead of the scheduled school opening in August earlier announced by the Department of Education (DepEd).

“I have not received any official statement from DepEd on the opening of classes. It’s a decision that has to be made, but you know, if you ask me, let’s start classes next year instead,” Lacson said in a press conference at the Capitol Social Hall here on Wednesday.

He also said since everyone will have to stop going to school, no student will be left behind.

“For me, one-year rest is not so bad, but at least, it’s safer. Hopefully, by then there will be vaccines, there will be a cure, which is what we need right now,” Lacson said.

“Until such time, let’s be on the side of caution. Let’s always play it safe,” he added.

Last week, DepEd released the implementing guidelines on the school calendar and activities for the upcoming school year.

In DepEd Order No. 007, series of 2020, it is stated that private schools and state or local universities and colleges offering basic education are allowed to open classes on the first Monday of June if there would be no face-to-face classes earlier than August 24.

Also, face-to-face classes may be conducted only in areas where schools are allowed to open physically.

Schools must comply with the minimum health standards set that are consistent with the guidelines of the Department of Health, the Inter-Agency Task Force for the Management of Emerging Infectious Diseases, and the Office of the President.

Schools and community learning centers are authorized to decide on the specific learning modalities which may be appropriate to their situation under the supervision of the regional and school division. (PNA)